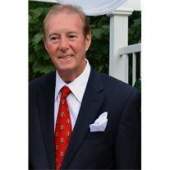 Jack Rafferty, 75, of Whitsett passed away peacefully surrounded by his family on Thursday, February 5, 2015 at UNC Hospitals. He was born in Scranton, PA to the late Al and Catherine Jordan Rafferty and was married to Connie F. Rafferty who survives. He was the owner and operator of Infinity Data Systems specializing in information technology and computer programming. Jack was a member of the Motorsports Club of America and Country Hills Golf Club. He was a self-published author, an avid runner and was of the Catholic faith. Jack was a loving husband, father, grandfather and brother who truly enjoyed spending time with his family. He was also known for his outrageous sense of humor and his infectious laugh. He is survived by his wife, Connie of the home; children, Colleen and Anthony Flammia and their children, Justin, Kevin, Christine and Ryan of New Jersey, Robin and Scott Garner and their children, Rayanna and Cameron of Ontario, Canada, Mark and Tara Whiteside of Calgary Alberta, Jackie Rafferty and her fianc Sean O'Connor; sister, Angela Rafferty of New Jersey; sister-in-law, Yvonne Rafferty; brother-in-law, Dave and Mary Farago; nephews, James, Michael and Paul Rafferty, and his faithful canine companion, Buddy. He was preceded in death by his parents and a brother, James Rafferty. A memorial service will be held at 4:00 PM Sunday at Lowe Funeral Home Chapel by Dr. Andrew Burggraff. The family will receive friends from 3 to 3:45 PM Sunday prior to the service at the funeral home. In lieu of flowers, memorials may be made to Hayden's Journey of Inspiration at https://app.etapestry.com/hosted/HaydensJourneyofInspiratio/OnlineDonation.html.

To order memorial trees or send flowers to the family in memory of Jack Rafferty, please visit our flower store.