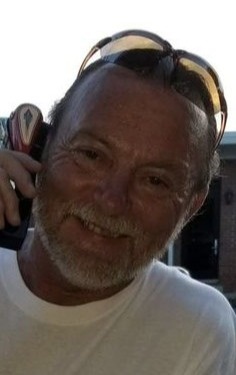 There are no words to say to comfort us when someone is suddenly taken without notice. With a heavy heart, Alvin Lewis Lloyd best known as Tinker has left Earth and is now flying high in heaven. Late Tuesday, March 22, 2022, he was involved in an unfortunate motorcycle accident in Graham, North Carolina.
He left behind a daughter who was the love of his life and the apple of his eye. Jennifer Lloyd Ball will miss their lunch dates at La Fiesta, or grabbing a bite to eat at a mom and pop shop because he preferred to support local first. Their other pastime would be grabbing dinner at Texas Roadhouse. He leaves behind a stepson, Christopher Barnwell who looked to him as his father figure majority of his life. Tinker taught him how to clear trees, shoot a gun and work hard. Chris says, “he made him the man he is today.”
Tinker was born December 15, 1956, in Alamance County to the late “Jack” Herman Worth Lloyd and the late Peggy Riggins Lloyd. After high school he was educated by the real world and eventually started A & L Tree Service where he touched much of Alamance County with his hands. He specialized in landscaping and tree removal. That company evolved over the years and shifted into A & L Grading and Hauling. He was an expert when it came to the outdoors.
His favorite past time would be hunting with friends, fishing with his daughter, playing darts or shooting a game of pool and riding his motorcycles. Years ago, he spent a lot of time on his horses when he wasn’t riding a bike. He would often talk about his trips out west hunting and horseback riding or heading out to the next bike week to spend time
with friends. If it was a clear and beautiful day you would find him doing something outdoors. He lived a simple life but lived that life to the fullest. He was involved in several charity rides throughout the area every year. Tinker either was on the planning committee, leading the ride or supporting the charity. He touched a lot of lives throughout Alamance County and surrounding communities.
He leaves behind two sisters, Sharon Phillippie and Diane Foushee and her husband, Russell Foushee. This tragic loss has brought up so many fond memories of playing in the creek, the family holiday gatherings from years past, and they will miss their brother’s smile and funny little jokes he would crack.
Tinker would never want to be a burden on anyone and would rather his friends and family celebrate his life instead of mourning his absence. So, on the next beautiful clear day go ride your motorcycle, go fishing, plant a garden or a tree in his honor.  In the weeks to come we will hold a memorial ride in his honor and share all the amazing stories of his legacy. In lieu of flowers give extra at the next charity ride or donation drive.
We would like to use this moment to remind us of all to take extra caution when driving.
Be on the lookout for motorcyclist as the warmer days come, there will be more out on
the roads. For Tinker will be out there protecting his friends and looking over his
buddies riding, but we’ve got to look out for them first.

To order memorial trees or send flowers to the family in memory of Alvin Lewis "Tinker" Lloyd, please visit our flower store.