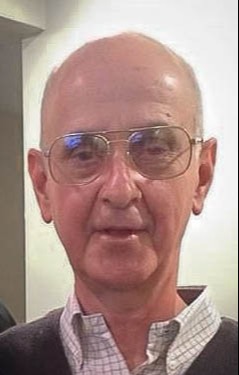 Arthur was born February 14, 1942, to Brantley Benedict and Thelma Foster Springer in Greensboro, NC. After Arthur graduated from Grimsley High School in 1960, he went on to earn his undergraduate degree in Applied Mathematics and his Master's Degree in Industrial Engineering from North Carolina State University.

After graduating, he started his first job at Corning Glass, kickstarting a 32-year career in Industrial Engineering. Over the years he worked for AT&T, Lucent Technologies, before retiring from General Dynamics as Distinguished Engineer of Technical Staff, the highest honor awarded in his field.

In 1967, Arthur and Rebecca were introduced in Raleigh and then married a year later. They went on to have three children, Jessica, Benjamin, & David while celebrating 54 years of marriage.

In 2000, Arthur retired and spent his time with family, playing the viola for the Danville Symphony Orchestra, defending his birdseed from neighborhood squirrels, championing efforts of NamiNC including CIT Training and The Stepping Up Initiative which works with the local communities to improve emergency responses to people with mental illnesses.

A memorial service will be held at Lowe Funeral Home Friday, April 1st at 4 pm. In lieu of sending flowers, the family requests donations are made to NAMI ACR P.O. Box 2287 Burlington, NC 27216 an organization Arthur felt strongly about.
To order memorial trees or send flowers to the family in memory of Arthur Conrad Springer, please visit our flower store.
Send a Sympathy Card