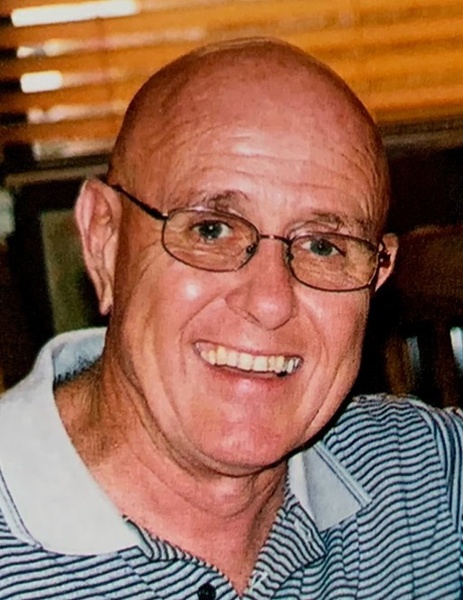 Elon – Mr. Barry Doyle Hodge (Coach Hodge), died peacefully Monday, January 18th at home surrounded by his family.  He is survived by his loving wife of 56 years, Vickie.  He is also survived by their daughters, Nicole Carroll (Tim), Kara Marshall (Jon), grandchildren, Tanner, Seth and Sawyer Marshall, brothers Carlos Hodge (Alease) and Danny Hodge (Sherry) along with 11 nieces and nephews and many great-nieces and great-nephews.  He was preceded in death by his parents, Paul and Hazel Hodge, and a brother, Conrad Hodge.

Barry graduated from Walter M. Williams High School in 1959, where he was a star basketball player.  He was known to have the “prettiest fade away jumper” and that talent led to a basketball scholarship to Elon College.  He graduated from Elon in 1963 with a degree in Physical Education and finalized his education by earning a Master’s in Education from UNC.

He began his career in education as a 6th grade teacher and basketball coach at Altamahaw-Ossipee School.  He would often refer to this year, as his “best year”, because of Ms. Taylor, a veteran teacher, took him under her wing.  In the Fall of 1964, he was offered an opportunity to teach biology science at Western Alamance High School.  This also began his coaching relationship and friendship with Pete Stout.  They would work together at Western Alamance, Boyden High School in Salisbury and then again at Walter M. Williams.

Barry returned to WHS in 1967 where he remained for 38 years.  During his tenure, he taught Biology, Physical Education and most famously, Driver’s Education.  Many stories have been recounted of student experiences in his classroom or car.  Famous corrections to be heard were:  apologizing to the stop sign, yelling out the car window, “I’m going left” or riding downtown to see the monkeys in the mirror.  He would often blame his lack of hair on being a Driver’s Education teacher, but he loved it and his goal was to make learning fun.  He was the WHS Athletic Director for 13 years and served in various coaching positions for basketball, football, golf and tennis.  Coach Hodge also started the Fellowship of Christian Athletes chapter at Williams and served as their advisor for many years.  As much as he loved teaching, FCA was his passion.  Through FCA he was able to share his Christian faith through athletics, and where he made many meaningful connections with his student athletes.  The Weekend of Champions became an impactful event, introducing many to the gospel of Jesus Christ, through the testimony of professional and collegiate athletes.  After 54 years of teaching, Coach Hodge retired in 2017.

Barry loved the Lord and always took the opportunity to share about Jesus and minster to others.  He made several mission trips to Haiti with New Directions, cooked many chicken picken’, Brunswick Stew, and BBQ meals to raise money to build church structures in Haiti and Nepal.  He strongly felt that everyone should travel to a 3rd world county to see poverty first-hand and to understand the abundance and excess of this country.

His greatest joy came from being a husband, a father, a father-in-law, a grandfather (GrandBear), a son and a brother.  He considered his grandchildren a gift and along with his love and pride for them, his children and wife enjoyed their endless adventures and marking things off their “bucket list”.  He served his family and his Lord steadfastly.  Go rest in the loving light of the Father and receive those words “Well done, good and faithful servant”.

Coach Hodge will be “laid out” for public viewing on Friday, February 5, 2021 at Lowe Funeral Home from 9 am to 5 pm.  He would appreciate you keeping your comments to yourself about how “good he looks” or how casually he is dressed.  There will be a public service to celebrate Coach Hodge’s life on Saturday, February 6, 2021 at 2:00 pm at Lamb’s Chapel, 3539 Alamance Rd., Burlington.

To order memorial trees or send flowers to the family in memory of Barry Hodge, please visit our flower store.
Send a Sympathy Card