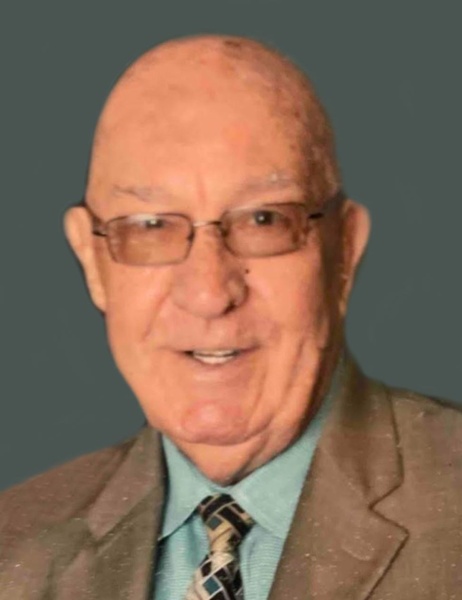 Rev. Billy Joe Keck was born on July 30, 1930, and passed away in his home on the day before his 92nd birthday, July 29, 2022. He was husband to Sarah Ladelle Keck, father to Johnny Lee Keck, Billie Ladelle (Keck) Villabla, and Patricia Grayson-Phillips. Grandfather to10 grandchildren, 16 great-grandchildren.

That was the long and short of it, but how do you give a life of 91 years, meaning and purpose? Only way I know how is to tell you a little about him and his life. Billy Joe was a son of a sharecropper and traveled the United States with his family where the harvest was going. Our father spoke many times of picking cotton in Arkansas, then cherries in Michigan, then back to Arkansas. He grew up during The Great Depression and only wanted the "American dream" of having a family, and a home. He served his country in the Navy with his two brothers, Tom and Jack. But mostly told stories of his hard life working in the fields, and then how his life changed when he first received Jesus into his heart. He couldn't wait to share his love of the Lord. He was an active member and servant of God in many congregations from California to North Carolina. His favorite sermon was "Who was the 4 the man in the fire?" From Daniel 3:24-26. I know, I typed most of his sermons for him. His love of the Lord and spreading the gospel was always first in his life, but second only to his love of our mother, Sarah. He used to tell the story of how they only knew each other 7 days and he knew she was the one. They were married 21 days after meeting and had a loving marriage of 72 years.

Dad loved my sister, Billie and was so proud of her accomplishments and the wonderful family that she raised. Our Dad loved to fish with anyone that would go with him and cherished and often bragged about the many times my brother, John would take him fishing. He loved togolf, hunt, fish, and preach the Word of God to anyone that would give him a moment to listen.He really became a "fisher of men" as he felt God called him to be one. Our Dad loved his family, loved spending time with Mom, his grandkids and great-grandchildren, and as a testament to his life, Loved the Lord with all his heart and soul. May he rest in peace in his Heavenly home, and may God be with us all that knew him and loved him. 92 years didn't seem like enough.

He was preceded in death his parents and a brother, Tom Keck.

A private service to celebrate his life will be held at a later date.

Memorial contributions made to Alzheimer's Association, The Assemblies of God minister's

To order memorial trees or send flowers to the family in memory of Billy Joe Keck, please visit our flower store.