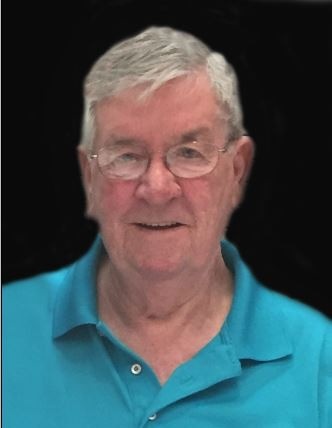 Bobby McNeill, 87, of Burlington, NC died October 9, 2021 after a long illness. Bobby was born on October 4, 1934 in Lee County, but resided in Durham for sixty years. He was a loving and devoted father, husband, and brother, as well as a friend to many whose paths he crossed. Bobby was a Korean War veteran, serving in the U.S. Army from 1952 to 1954. He owned and operated Bobby’s Gulf, and later operated Northern 76 until he retired. Bobby moved to Burlington, NC in 1997, making new friends and enjoying the game of golf.

Declining health in recent years kept him from his favorite pastime, but he continued to enjoy family and friends, entertaining with his great sense of humor and stories from the past. His Pomeranian companion Lexi brought him much joy in the final years of his life.

Bobby is survived by three children, Dan McNeill (Kelly) of Stigler, Oklahoma, Diane Heath of Burlington, and Donna Pleasants (Ken) of Gibsonville; grandchildren, Erin Pleasants of Boston, MA, Rachel Pleasants of Dallas, TX, and Emily McNeill of Morgantown, WV Also surviving includes friend and partner of over twenty years, Gloria Campbell of Burlington, and sisters Grace Mangum of Sumter, South Carolina, and Brenda Britt of Roxboro as well as many nieces and nephews. He was preceded in death by his wife Peggy McNeill, parents Parker and Helen McNeill, brother, Ellis McNeill, and sister Linda Nichols.

A celebration of life service will be held at 4:00 pm in the Lowe Funeral Home Chapel on Saturday, October 16, 2021. Family will receive friends from 3:00 to 3:45 prior to the service. In lieu of flowers, the family requests that memorials be made to Duke’s Chapel United Methodist Church, 807 Old Oxford Hwy., Durham, NC 27704 or to Burlington Animal Services, 221 Stone Quarry Road, Burlington, NC 27217.

To order memorial trees or send flowers to the family in memory of Bobby McNeill, please visit our flower store.
Send a Sympathy Card