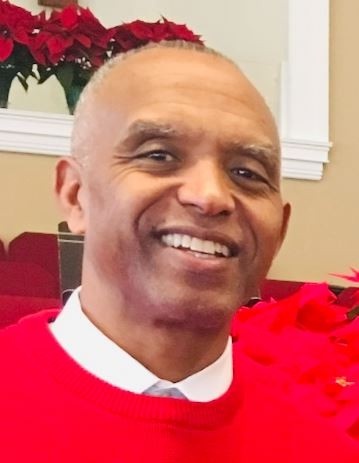 Carlson “Carl” Alfred King, 60, went home to be with the Lord on Wednesday, September 29, 2021. He was a native of New Hanover County and the husband of 38 years to Pamela Conyers King who survives.

Carlson A. King was born Feb 6,1961 in Wilmington NC at James Walker Memorial Hospital. He graduated from John T. Hoggard High School (where he also met and married his high-school sweetheart Pamela King). Carl was an athlete in school and played basketball, football and participated in sports in his community such as the Boys Club in Wilmington, NC. His favorite football team was the Washington Football team. After graduating he enlisted in the United States Army where he served for 13 years including during the time of “Operation Desert Storm”. During these years of service he traveled with his family and lived abroad in Germany, Korea and many other places around the United States. Carl always had a desire to serve and had a humble spirit. While in his last days of the military the greatest story that he would often share is the day he became born again. Carl felt the call of the Lord leading him out of the military and into the ministry.  He also was employed with Sheraton Koury Convention Center for over five years and will be greatly missed by his friends that he worked with

Carl attended Bible Seminary for 2 years and was zealous for the Lord! Everyone that knew him knew that the most precious thing he loved was telling everyone he came in contact with about the precious hope of Jesus Christ. He sang about him and talked about him all the time. Carl served as the deacon at Burlington Assembly of God and loved everyone and was ready to serve in any capacity that he could. Words cannot express the impact that he had on many lives. One of his favorite choruses to be sung was “Soon and very soon we are going to see the king”

Carl’s family is comforted in knowing that he is resting in the presence of the Lord where there is no more pain and no more suffering.

“Precious in the sight of the Lord is the death of his saints” Psalm 116:15 KJV

He is survived by his wife, Pamela C. King of the home; daughters, Tameka S. (Roger) Lopez of Greensboro and Sharita N. (Ray) Yorke of Whitsett; grandchildren, Jonathan A. Yorke, Jessica M. Yorke and David C. Lopez and his mother, Delores Thomas King  and mother-in-law, Maggie Conyers both of Wilmington, NC; three aunts, one uncle, host of cousins, other relatives and friends; seven sisters-in-law, five brothers-in-law and a host of nieces and nephews. He was preceded in death by his "adopted" father, Louis Henry King.

In lieu of flowers memorials may be made to Burlington Christian Academy, 621 E 6th Street, Burlington, NC 27215.

To order memorial trees or send flowers to the family in memory of Carlson King, please visit our flower store.
Send a Sympathy Card