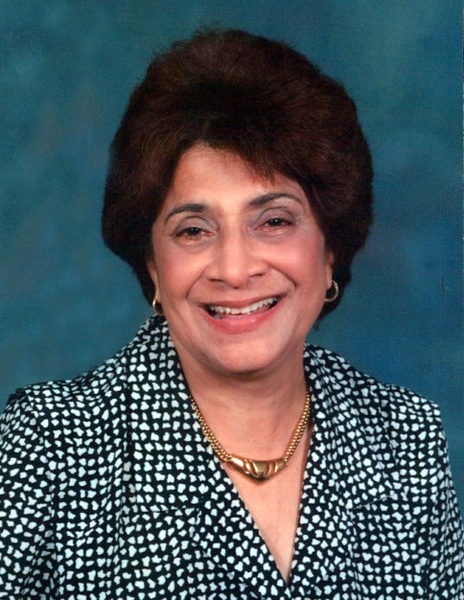 Cristina Maria Guzman Fernandez, 82, formerly of Mebane passed away on Sunday, November 29, 2020 at Brookdale Burlington surrounded by her family.  She was born and raised in the Domican Republic on May 13, 1938 to the late Carlos Porfirio Guzman and Altagracia Maria Belliard Guzman.

Cristina was the owner and operator of Los Cacicazgos Private School in the Domican Republic. When she was in her twenty’s, she moved to New York and worked at Lord & Taylor on 5th Ave. for 10 years.  When she returned to the Domican Republic is when she started her private school.  Cristina moved to Mebane in 1999 to help her daughter start her clinic, IFC Pediatrics in Burlington; she was so proud when she received her U.S. Citizenship in 2003; she formerly taught Spanish classes at Alamance Community College and attended Grace Reformed Baptist Church in Mebane.

Cristina is survived by her daughter, Dr. Rosemary F. Stein and husband, Dave; a son, Denny Fernandez and wife, Cintia; granddaughters, Hannah Stein, Liah Espinal and husband, Alberto; great grandchildren, Alexander and Allison Fiscal; a sister, Dolly Guzman; and several nieces and nephews.  She was preceded in death by her parents and five siblings.

The funeral service will be held at 11:00am on Thursday, December 3, 2020 at Lowe Funeral Home Chapel by pastor Stu Johnston with the burial to follow in Hawfields Presbyterian Church Cemetery.  The service will be live streamed.  Cristina will be available for viewing from 12pm to 4:30pm Wednesday and 8:00am to 1:45pm Thursday prior to the service at the funeral home.

The family would like to express their appreciation to the staff at Brookdale and mostly to Karen and Brittany for all their loving support and compassion that was shown to their mother during her illness.

In lieu of flowers memorials may be made to Alamance Community College, c/o ESOL Program (English for Speakers of Other Languages), P.O. Box 8000, Graham, NC 27253 or to Grace Reformed Baptist Church, 939 S. Third Street, Mebane, NC 27302.

To order memorial trees or send flowers to the family in memory of Cristina Fernandez, please visit our flower store.