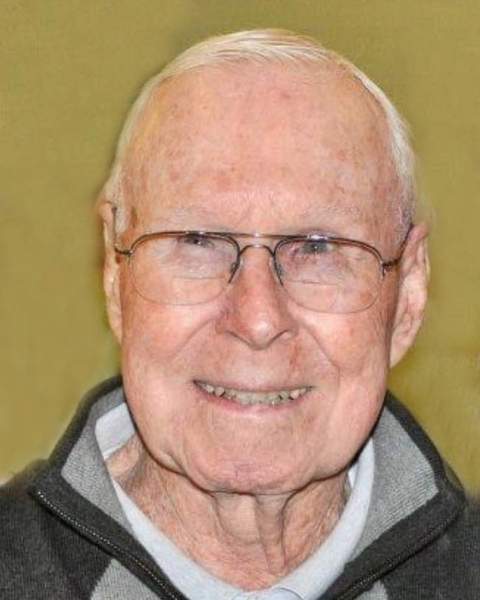 Donald was born in Washington, DC to Louise B. Denny.  He relocated to Burlington, NC in his teenage years and ultimately called this home.

Donald graduated from Burlington High School in 1945 and was drafted into the military where he was stationed in many different parts of the world, Iceland, France, and Germany to name a few.  Upon returning to the states, he attended East Carolina Teachers College (ECTC) where he played football and boxed.

After retiring with 37 years of service from Western Electric, he worked part time at Stoney Creek and The Challenge Golf Courses.  You could find him in the club house, on the fairway, or just giving “tips” to golfers on how to improve their game.  Most mornings before heading to the course he would stop at Carolina Nissan for a cup of coffee with his friends.

A few of his accomplishments include being a Golden Glove Boxer, Alamance County Senior Golf Champion, and a member of The Burlington Flying Club.  Donald’s greatest joy in life was his family.  There was no where he would rather be than with them.  His parting words from any visit or phone call was “Call me if you need me” and he truly meant it.

A private service will be held at a later date.  In lieu of flowers, please make a donation to the charity of your choice or AuthoraCare Hospice, 914 Chapel Hill Road, Burlington, NC 27215.

Donald’s family would like to extend a heartfelt thanks to the amazing staff at The Village of Brookwood Windsor Unit.  They always treated him with care and dignity and for that we will be forever grateful.  Also special thanks to the staff at AuthoraCare Hospice for their care and support in Donald’s last few months.

To order memorial trees or send flowers to the family in memory of Donald Leroy Denny, please visit our flower store.