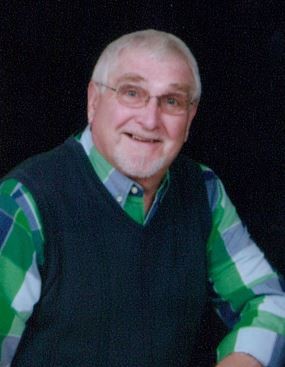 Don retired from General Dynamics after previously working for AT&T and also for Sears. He was a Charter Member of Baptist Temple of Alamance County. Don served his country proudly in the US Army during peacetime. He enjoyed golfing, working cross word puzzles and watching westerns on TV. In his early years, Don pursued his love for music by playing the drums in a band. Don never met a stranger and loved spending time with his family and friends.  He was a loving and devoted husband, father, grandfather and great-grandfather.

A service to celebrate his life will be held at 11:00 AM Thursday, April 8, 2021 at The Baptist Temple by Dr. Donald R. Carter and the burial will follow at Alamance Memorial Park. The US Army will provide honors at the graveside.

Memorials may be made to Baptist Temple of Alamance County; 2224 Anthony Road, Burlington, NC 27215.

To order memorial trees or send flowers to the family in memory of Donald "Don" Kimbrough, please visit our flower store.
Send a Sympathy Card