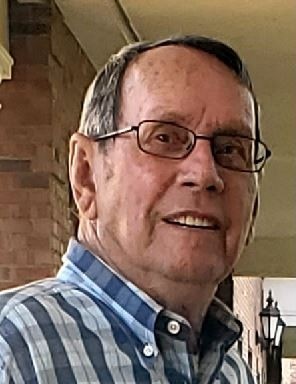 Douglas “Doug” McMath, age 81, passed away on Tuesday, August 17, 2021 at the Hospice Home.  A native of Guilford County, he was the son of the late Colvin and Lila Peeden McMath and was married for over 40 years to Ann Wilson McMath who survives.

Doug served in the U.S. Military, first as a Marine and then later retired from the U.S. Army.  He worked as a superintendent for a construction company before fully retiring. Doug enjoyed eating, spending time in his mancave at the barn with his friend Burt and their dog companion, Ginger but most of all love being with his grandchildren.  He also enjoyed hanging out with Bruce and Bobby while riding and working on tractors in addition to constantly aggravating his two best girl friends Kathy and Slyvia. Sunday afternoon desserts with Steve and Tammy, and hot dogs with Frankie and Brenda always settled his food cravings

To order memorial trees or send flowers to the family in memory of Douglas "Doug" McMath, please visit our flower store.
Send a Sympathy Card