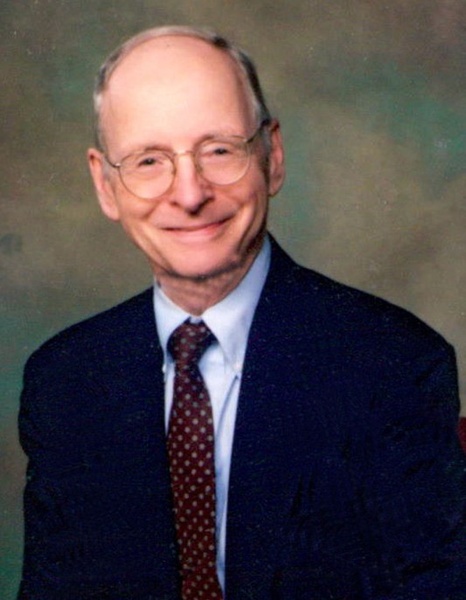 Born in Chicago, April 18, 1934, he was the son of the late Joseph Roy Shackelford, Jr. and Margaret Hooper Burcham Shackelford, who were natives of Mt. Pleasant, Tennessee.  At the age of 6, the family moved to Minneapolis, MN.  There, Dr. Shackelford attended West High School and graduated in 1952.  Affectionately called “Shack”, he was a successful quarterback at West and always attributed his success to his classmates, the “big guys” on the line.  He once was featured in a newspaper article for being one of the first athletes in the area to try contact lenses.  Voted “Most Likely to Succeed”, he was also active in baseball, basketball, track, and was the senior class president.

Dr. Joe attended undergraduate and medical school at Vanderbilt University in Nashville, TN.  He was elected to the honorary societies of Phi Beta Kappa and Alpha Omega Alpha.   While a freshman medical student, he met his future wife, Phoebe Jo, a freshman at the School of Nursing.  He was in a Navy scholarship program that supported tuition and paid an ensign salary during his senior year which enabled “Joe and Jo” to marry on Christmas vacation in 1958.

After graduation, Dr. Joe completed a one year surgical internship at Vanderbilt, followed by three years in the Navy stationed at the Naval Ammunition Depot in Charleston, South Carolina.  Their first child, Steve, was born while stationed there in December of 1961.   After the navy, he completed a two year residency in Family Practice at the University of Oklahoma Medical Center, in Oklahoma City, where their second child, Ann, was born in June of 1963.  From there, they moved to Paris, Illinois in 1965 where their third child, Tom, was born in January of 1966.  In Paris, Dr. Joe took a position at the Paris Family Medical Center where he practiced until 1984.  He was proud to be a part of the opening of the new Paris Community Hospital.  In 1996, The Paris Family Medical Center named the clinic Acklin-Shackelford Clinic to honor colleagues and friends, Dr. Joe Shackelford and Dr. James Acklin for their 50-plus years of dedication to patients and the advancement of medicine in Eastern Illinois.

In 1984, they moved to Chapel Hill, NC so Jo could attend graduate school at UNC.  He practiced with the UNC Medical School Department of Family Practice.  Shortly after the move, Dr. Joe was diagnosed with multiple sclerosis.  He retired 5 years later but continued to do volunteer work over-reading EKGs and role playing as a patient for medical students.  After Jo retired, they moved to Twin Lakes Retirement Community in Burlington, North Carolina in 2009.

Dr. Joe was an excellent and caring physician.  His first love was the practice of medicine, finding delivering babies particularly gratifying.  He was also a wonderful father.  He set an example, he was there for his children, and was interested in their activities and lives.  He provided everything needed to set his children up to be productive, successful adults.  He was not a materialistic man, simple in his tastes and wants. He did not talk much about himself.  He was focused on the needs of others – family, friends, and patients.

He was a lover of knowledge on diverse subjects, especially history.   He loved nature, particularly trees and birds, and was an avid reader his entire life.  He loved music and was a wonderful speaker and writer.  He was a patriot.  He loved his country and always flew the flag with pride. He was a quietly religious man.  He was fun and funny and always smiling.  He was an avid sportsman from his days in high school, to later distance running and skiing as an adult.  He was a diehard fan of his beloved Cubs and was elated to celebrate their 2016 World Series Win.  He even went skydiving with his daughter on one occasion and was very proud of this!

His later years were unfairly diminished by late onset multiple sclerosis, a disease that was characterized by marked fatigue, speech, swallowing, and motor problems, hearing loss, and progressive cognitive decline.  Everyone agrees that they never heard him complain.  He went on with his life and tried his best to have purpose, stay fit, and be kind to everyone.  The way he handled this life-changing illness was awesome.  It illustrates better than anything in his life the quiet inner strength he possessed.   He will be remembered for this and cherished forever by his family and the friends who knew him.

For those who wish, memorial donations may be made to Horizon Health Foundation in Paris, Illinois or to the National Multiple Sclerosis Society.

Memorial Services will be held on Friday, September 10 at 10:00 AM at Lowe Funeral Home Chapel.   A memorial service and burial will be held at a future date in Indianapolis (date to be determined).

To order memorial trees or send flowers to the family in memory of Dr. Joseph Shackelford, please visit our flower store.