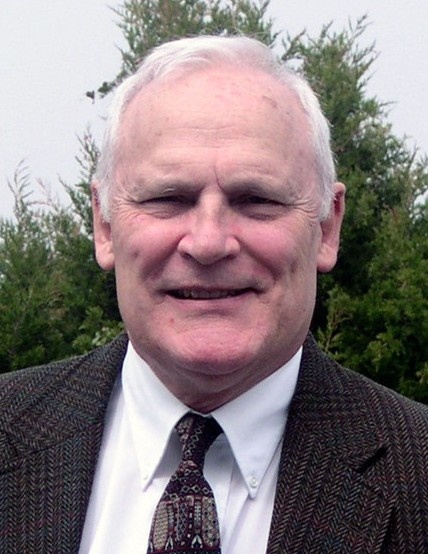 Dr. Max R. Williams of Burlington, NC passed away in the early morning hours of January 24, 2021 following a long period of declining health.

Max was born in 1933 in High Point, NC, the third son of Eugene and Hazel Trogdon Williams.  He grew up playing baseball, running track and helping in the family florist business.  He was elected president of his senior class at High Point High School, and went on to study history at Duke University.  He married his hometown sweetheart, Sarah Clyde Johnson, in 1955.  During two years as a lieutenant in the Navy from 1955-57, Max crossed into the Arctic Circle, grew a beard, and gathered fodder for many tales. Sarah and Max had three children while Max was earning his Masters and Ph.D. in American history at the University of North Carolina at Chapel Hill.  His research focused on the 19th-century politician William A. Graham, who served as North Carolina’s governor and senator to both the United States and the Confederacy.

Max was both a scholar and a devoted family man.  He happily accepted an offer to teach history at Western Carolina University, moving his young family of five to Cullowhee in 1964.  He enthusiastically embraced the mission of Western and its focus on service to Appalachia. He loved getting students excited about history, taking a special delight in converting business students to history majors.  In the late 1970s, when his own children were at Sylva-Webster High School, Max started an “outreach program” at the school through which students could take college-level history classes from WCU, enabling the university to attract many of Sylva-Webster’s strongest students.  Through the years, the family heard from many students who said how much they learned in Dr. Williams’ class, usually describing him as “tough, but fair.” Max was an active leader on campus, serving as head of the History Department for many years and relishing the work with his colleagues, many of whom were also dear friends.  He received many awards at W.C.U. for his professional achievements, and he served as president of the Historical Society of North Carolina, as vice president of the North Carolina Literary and Historical Association, as an advisor to the North Carolina Division of Archives and History, as a gubernatorial appointee to the North Carolina Historical Commission, and as a visiting lecturer on the U.S. constitution in Malawi and Tanzania for the U.S. Agency for International Development.

Upon retirement in 1996, Max and Sarah moved to Caswell Beach.  It took Max a while to adjust to retirement, and he sometimes spoke wistfully of Cullowhee. In time, they developed warm friendships and enjoyed life on the beach—although for a period of several years, Max had to endure comments about his odd-looking corgi, Reed, such as, “You’d better get that dog some legs, Max!” Joys and accomplishments of the Caswell years included the initiation of the adult study group Lifelong Learners at the local library, which continues with a sizable group eager to discuss important topics in history and culture.  Max also helped launch the Brunswick Civil War Roundtable in 2010, which became the largest in the country, sometimes attracting upwards of 400 people to its sponsored lectures.  One incident occurred in 2015 that received numerous retellings among roundtable members. Upon realizing at the last minute that a high-profile guest speaker would not be able to attend, Max gave the audience an impromptu lecture on slavery as the primary cause the Civil War. He was clear and focused for this, his final lecture, which received both a standing ovation and an appreciative write-up in the Wilmington Star.

Max is survived by his loving and devoted wife, Sarah, of Burlington; his children Ray, John, and Liza; his sons-in-law Hao Sheng and Joseph Butler; his siblings-in-law Harold and Suzy Johnson, Rebecca Kistler, and Libby and Wayne Downey; and his grandchildren, Taylor Williams Heise, Ryan and Will Telingator, Cooper Reinthal and Clyde Da Sheng-Williams.  He was preceded in death by his parents Hazel and Eugene Williams; his brothers, Arthur and Joel Williams; his parents-in-law, Clyde and J.W. Johnson; and his son-in-law, Olaf Griese.

A memorial service will be held at a later date.

Memorials may be made in Max’s honor to the, Max and Sarah Williams Scholarship at Western Carolina University www.givecampus.com/campaigns/19087/donations/nepus or give.wcu.edu/williams

To order memorial trees or send flowers to the family in memory of Dr. Max Williams, please visit our flower store.