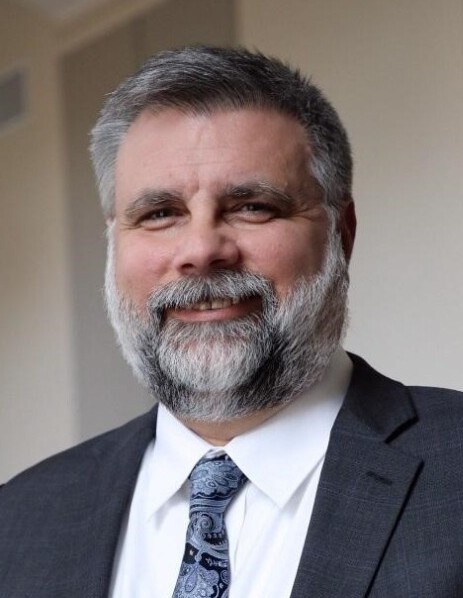 Services Have Already Been.

Dr. Michael W. Schmiederer passed away on Friday, February 11.  Born on April 21, 1969 in West Palm Beach, Florida, he pursued his education at Palm Beach Community College, Florida Atlantic University, and then the University of South Florida where he received his Doctorate in Microbiology and Immunology. His post-doctoral work was done at the University of Texas Medical Branch in Galveston, Texas.

Mike was a caring husband and incredibly proud father.  He loved the water and fishing (even if he never caught anything), and passed that on to his family.  In a recent trip to the Florida Keys, he made sure we knew the difference between white, red, and black mangroves and the role they played in supporting the amazing creatures swimming beneath them.

His enjoyment of sports, especially baseball, was also shared with his family. He coached his boys early on and served (believe it or not) as Little League President while living in Galveston, Texas.  Mike believed there was no better day than sitting along the fence to cheer on his sons or his Florida Marlins, regularly keeping the book. Mike was also a coach to his boys in life.  He wanted his sons to grow into strong men who cared about others and lived in ways that looked out for those society may be trying to push aside. He counted himself successful!

Mike's serious nature often hid a great sense of humor. It was a privilege to share it, perhaps more so to make him laugh.  His one-liners and that big bearded laugh brought great joy.

Dr. Mike was also a dedicated scientist, passionate in every role to ensure the methods were sound and used appropriately. He came to Lab Corp and the DNA division in 2007.  He was proud of the work they were doing to support bone marrow transplant, and was committed to being a donor when his time came.

The family wishes to give special thanks to his coworkers and the medical professionals who fought so hard to keep him with us.  It allowed many of his family and friends to say good-bye in person, then pass on organs and tissue to bring life and healing to others.

Michael is survived by his wife Dr. Jodean (Osipowicz) Schmiederer; sons Jacob and Garrett; parents John and Beverly; sister Dawn, brother-in-law Walter, and nephews Dylan and Cameron.  He considered himself lucky to have many other friends he thought of as family, but none more so than his brother-by-choice, Jim Bernier.

In lieu of flowers, donations to The Ronald McDonald House or Blessed Sacrament School (in Burlington, NC) are appreciated.

To order memorial trees or send flowers to the family in memory of Dr. Michael Schmiederer, please visit our flower store.

Services Have Already Been.