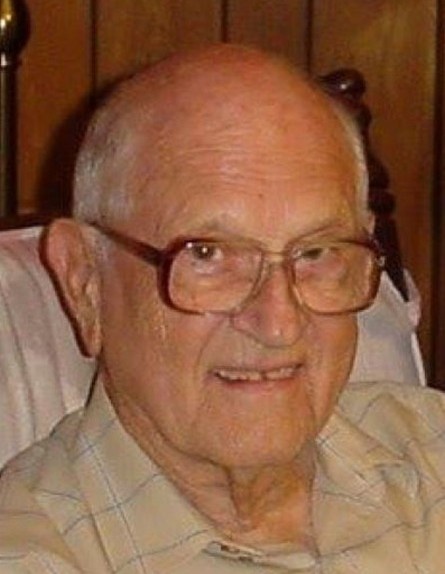 Born in Guilford County, Edwyn was the son of John Wesley and Lois (Ziglar) Petree. He was married to Mildred “Mickey” Braxton Petree (1922-2014) for 73 years. Edwyn and Mildred had two daughters, Betty June Petree Houser and Lynette Petree Johnson, and considered themselves to be second parents to Tim Wightman (Kay and Karen). Edwyn and Mickey were longtime residents of Burlington, NC.

Edwyn began his vocation as a machinist at Western Electric in Burlington, NC and retired from the same company as a senior engineer. During “retirement” he continued as an independent contractor, designing machines for local business in and around Burlington, NC. He was active in the Assemblies, participating in worship and fellowship at Ireland Street Chapel and in Mebane. He has resided at Pittsboro Christian Village since 2016.

A private service will be live streamed from Lowe Funeral Home and Crematory on February 27, 2021 after 2PM. A public graveside committal will be held at 12:30pm Oakwood Cemetery, Mebane, NC.

To order memorial trees or send flowers to the family in memory of Edwyn Petree, please visit our flower store.
Send a Sympathy Card