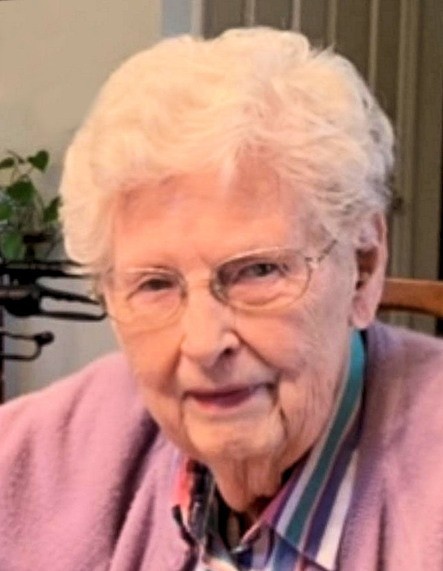 Elaine was born in Cincinnati, Ohio. Throughout her years she lived in California (briefly), Columbus, Ohio, Utica, Michigan and moved to Burlington at the age of 72. She worked as a comptometer operator as a young woman and then later became a bookkeeper for several different businesses. Elaine loved to read, play cards and games and visit with family and friends. In the kitchen, she was a good cook but an even better baker – her cinnamon rolls were everyone’s favorite with all sorts of cookies and cakes coming in a close second. Elaine attended Springwood Presbyterian Church here in Burlington.

In lieu of flowers, donations may be made to the Twin Lakes Auxiliary, 3701 Wade Coble Drive, Burlington, NC 27215.

To order memorial trees or send flowers to the family in memory of Elaine Whitcomb, please visit our flower store.