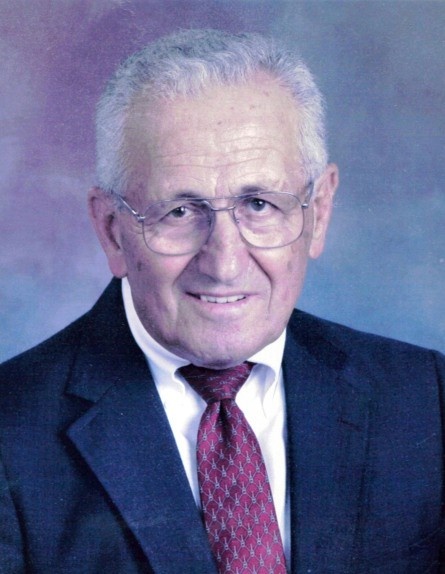 Ernest Anthony Koury, Sr., 101, passed away Friday, July 24, 2020 at his residence surrounded by his family. He was the husband of 70 years to Marie Carwie Koury who survives.  He was born on January 23, 1919 in Beirut, Lebanon to the late John Abdou and Edna Jureidini Koury.

Koury, a native of Lebanon who moved to Burlington with his parents in 1920, was educated in local schools and attended Elon College from 1937 until 1941 prior to his military service.

Ernest was a veteran of the US Army Aircorp as part of the 14th Air Force, serving in the 22nd Bombardment Squadron in the 341st Bomb Group, also known as the Flying Tigers. in WW II. After returning from the war, he began his hosiery company, Carolina Hosiery, in the basement of his parent’s home. In the 1950’s, he started Carolina Hosiery, Inc. to become a producer of first quality socks for men, women, and children. Since then his products have been sold throughout the United States in various chain stores. In later years his brother, Maurice became his partner in business where they worked together for over 60 years. These businesses included the former Ramada Inn and currently the Best Western Plus, Grill584 and numerous commercial and industrial buildings in the county.

Ernest instilled a strong work ethic in his children who helped in the family businesses and on the family farm.  He also taught his children "The Love of the Land."  His life speaks to the saying, hard work never hurt anybody.

Along with his businesses, Koury was very involved with the community. He was a longtime member of Blessed Sacrament Catholic Church and was an instrumental part in the building of the new church. He was on Elon University’s Board of Trustees, a part of the Rotary Club, Vice Chair of the county planning and Zoning Board, in the Chamber of Commerce, director of Capital Bank Corp., and helped start The Shallowford Community Center.

Ernest received many awards during his lifetime including the Holt Business Award, Entrepreneur of the Year by the Chamber of Commerce and he received a honorary doctorate from Elon University presented by President George H.W. Bush.

To order memorial trees or send flowers to the family in memory of Ernest Koury, Sr., please visit our flower store.
Send a Sympathy Card