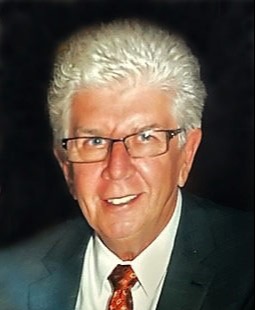 Frank Eaton, 76, of Longs, South Carolina, and formerly Burlington, North Carolina, passed away peacefully at home on Saturday, June 4th, 2022.  He was surrounded by his family and his loving dog, Mia.

Born in Suffern, New York, he was the son of the late Charles Lester Eaton and the late Anna Mae (Hopper) Eaton.  Frank and his older brother Bobby were preceded in death by their two sisters, Shirley and Barbara.  He is also predeceased by his granddaughter, Adrienne Carrier.

Frank was a history buff who enjoyed playing cards and board games (especially Monopoly).  He loved listening to good music, traveling and especially making breakfast for his family.  Frank loved cars, especially Corvettes.  Frank’s love of cars even led him to work at Farrenkopf Chevrolet in Garfield, New Jersey where he was a President’s club winner.  He and his wife, Donna, were members of both the Corvette Club in Greensboro, NC, as well as Myrtle Beach, South Carolina.

Following his career in the automobile industry, Frank worked for Sandvik Inc. in Fair Lawn, New Jersey and later relocated to their facility in Mebane, NC in 1986.  Frank later retired from GBF Medical Group in Greensboro, NC.

The family will receive visitors at Lowe Funeral Home, 2205 S. Church Street, Burlington, NC 27215 on Saturday June 11th, 2022 from 11:00am to 1:00pm.  In lieu of flowers, the family respectfully requests donations to Crescent Hospice of Conway South Carolina (www.hospicesc.com) , or HKC Foundation for Parkinson’s (www.hamilkerrchallenge.com)

To order memorial trees or send flowers to the family in memory of Frank Eaton, please visit our flower store.
Send a Sympathy Card