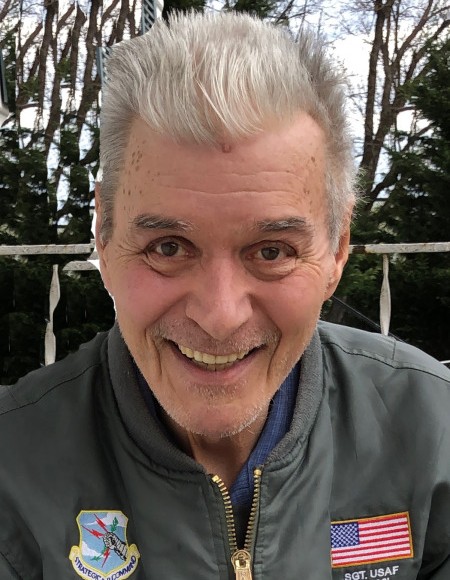 Mr. Gary R. Banzhoff, 75, of Burlington, NC, formerly of Frederick and Williamsport, MD. passed away at home surrounded by family on June 15, 2021.

Born January 7, 1946, in Hagerstown, MD, Gary was the son of Dortha lane Cline. He graduated from Williamsport High School class of 1964 and enlisted in the United States Air Force. He completed basic training and was stationed at Incirlik AFB in Turkey and later Great Falls, Montana. He was honorably discharged from the Air Force in 1968.

After leaving the Air Force, he was employed by General Motors in Martinsburg, WV for 30 years, retiring in May 1999.

Gary is survived by his wife of 46 years, Karen Lee Fawley Banzhoff, and his sons Christopher Richard Banzhoff, of Burlington, NC, and Kevin Banzhoff. He is also survived by his grandchildren, Jack Christopher and Aeryn Hope Banzhoff, as well as his cousins Terry Rankin, Gene Riffle (Amelia), Bonita Curry (Russ) and Joey Whitfield (Ted).

He was preceded in death by his mother, grandparents, Walter and Bessie Banzhoff, and maternal mother-in--law Dorothy Fawley, as well as a cousin, John.

While recovering from bypass surgery in 2014, Gary became a fan of the Washington Nationals. He loved going to Nags Head, NC for vacations and traveling the United States.

The graveside service will be held at 1:00pm Monday, June 28, 2021 at Salisbury National Cemetery. The family will receive friends on Monday prior to the service at Lowe Funeral Home from 9:30am to 11:00am.

You may send condolences and watch the service at www.lowefuneralhome.com.

To order memorial trees or send flowers to the family in memory of Gary Reese Banzhoff, please visit our flower store.
Send a Sympathy Card