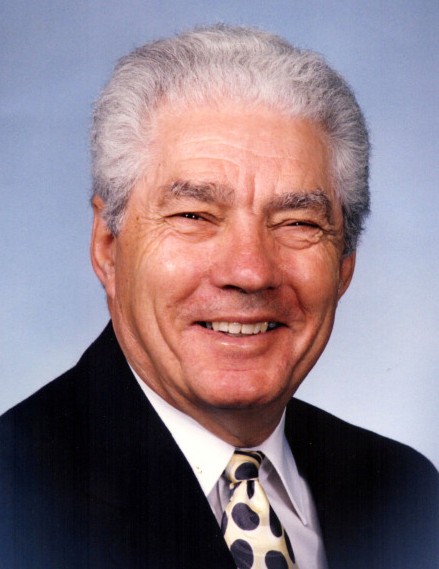 George Edward Baer, 96, passed away on Saturday, October 3, 2020 at the Hospice Home.  He was born on January 7, 1924 in Ashland, KY to the late Bert Felix Baer and Margaret Naomi Slone Baer, and was married to the late Mary Lou Barker Baer who died in 2012.

George retired from Union Carbide.  He was a member of Faith Christian Church, a charter member of the Hospice League, he chaired the Hospice Golf Tournament, a former volunteer with ARMC and was a former Civitan.

The funeral service will be held at 2:00pm Wednesday, October 7, 2020 at Lowe Funeral Home Chapel by Rev. Reid Dickens with the burial to follow in Alamance Memorial Park.  George will be available for viewing from 8:00am to 1:45pm Wednesday prior to the service.

To order memorial trees or send flowers to the family in memory of George Baer, please visit our flower store.
Send a Sympathy Card