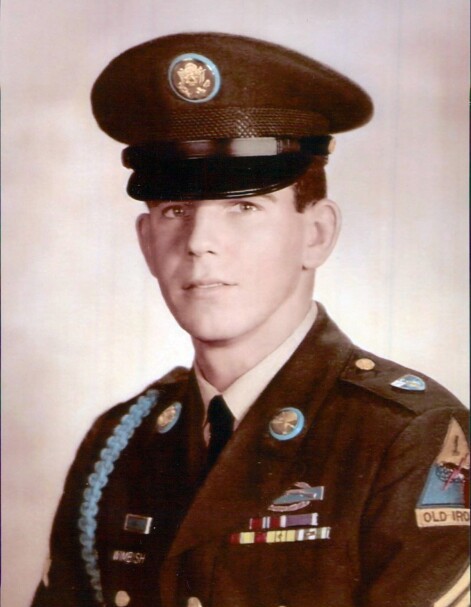 Glenn Lewis Wimbish,75, passed away at the Durham VA Hospital in Durham, NC on Wednesday, January 12, 2022 He was born in Alamance County on November 26, 1946 and was the son of George Edmond Wimbish and Mary Johnson Wimbish who are both deceased. He was the husband of Carolyn Clapp Wimbish who survives.

Shortly after graduating Gibsonville High School, Glenn was drafted and served in the U.S. Army from 1966 to 1968. He was a Vietnam Veteran and was decorated with the purple heart and bronze star medals. After returning home from the service, Glenn married and began working for Shoffner Industries. He became a licensed general contractor and soon began his own construction company in Burlington. Glenn had a passion for airplanes and soon became a pilot. Unable to afford an airplane of his own, he joined the Western Flying Club where he fell in love with their Beechcraft Bonanza. Several years later he had the good fortune to purchase his own Bonanza and always looked for an opportunity to fly. He was an animal lover, especially to any cat that might cross his path. He loved the outdoors and always enjoyed the aviation fly ins that allowed camping on the air field. The annual formation flight “Bonanza to Oshkosh” was one of Glenn’s favorite events. He was a lifelong member of the American Bonanza Society, a founding member of the Beechcraft Heritage Museum in Tullahoma, TN and an active member of the local chapter of the DAV (Disabled American Veterans).

Glenn’s family would like to express our heartfelt thanks to everyone for all your prayers and condolences.

The funeral service will be held at 2:00 PM Wednesday, January 19, 2022 at Lowe Funeral Home Chapel with the burial to follow at Alamance Memorial Park Mausoleum. The family will receive friends from 12:45 PM to 1:45 PM Wednesday at the funeral home prior to the service.

Memorials may be made to Beechcraft Heritage Museum, PO Box 550., Tullahoma, TN 37388 or DAV (Disabled American Veterans) http://donate.dav.org/donate.  You may send condolences to www.lowefuneralhome.com.

To order memorial trees or send flowers to the family in memory of Glenn Lewis Wimbish, please visit our flower store.
Send a Sympathy Card