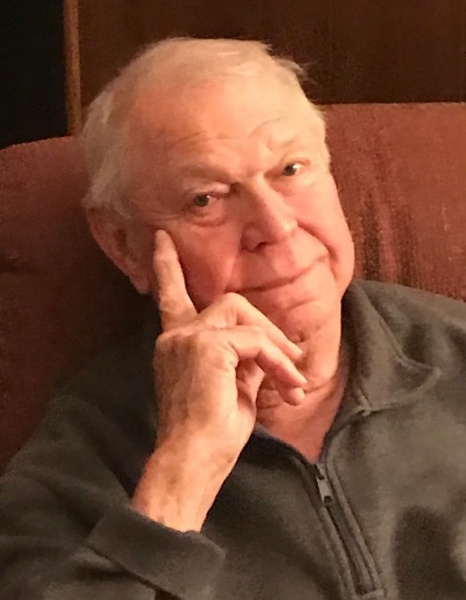 Homer Lee Whitaker, 93, passed away very peacefully in the early morning of Tuesday, September 21.  A native of Alamance County, he was born on December 5, 1927 to the late Gladys Truitt and Condy Whitaker.  He grew up in the Shallowford Community of Alamance County.

He left school early to serve in Navy during World War II.

Upon returning home, he married the love of his life, Louise Squires in 1946 and they were together for 72 years before she passed away in 2018.

He worked for Western Electric for many years. He found his true calling, and began making corner cupboards and started on his second career as a master woodworker. He worked in his workshop six days a week until earlier this year.  He also refinished and repaired all types of furniture. Examples of his work can be found in many homes in Alamance County and across NC today.  He also made custom designed furniture for Lowe’s Funeral Home, Holy Trinity Episcopal Church in Burlington and Elon University. Later, he began designing and making birdhouses, bird feeders and children’s toys.  He donated many of these to local non-profits, such as, Shallowford Christian Church, Alamance County Historical Museum and Residential Treatment Services. He had many loyal customers over the years.  His children, grand children and great grands were also recipients of his beautiful furniture.

He was predeceased by his parents, wife, Louise S. Whitaker, a grandson, Thomas Squires Whitaker, Jr. 4 brothers and 2 sisters.

Homer loved and was very proud of all his children, grands and great grands.

Funeral services will be held at 2 p.m. on Monday, September 27, 2021 at Shallowford Christian Church by Rev. Steve Regan, pastor. Internment will follow in the Shallowford Church Cemetery.

Homer will be remembered not only for his beautiful craftmanship but also his smile and friendliness; he never met a stranger.  He was a remarkable man and will be missed by all who were fortunate enough to know him.

To order memorial trees or send flowers to the family in memory of Homer Whitaker, please visit our flower store.