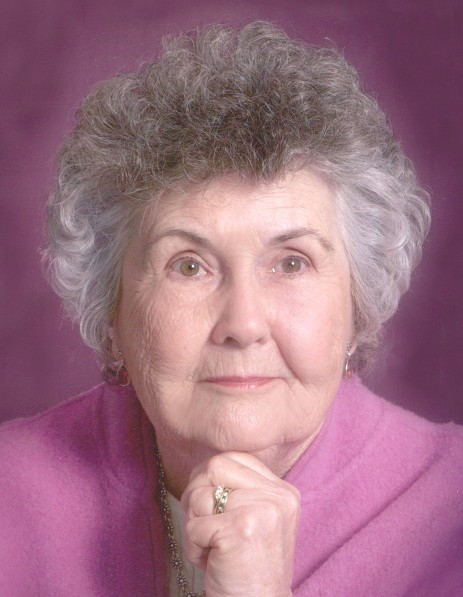 Imogene Shepherd Loman, 97, went home to be with her Heavenly Father on Sunday, December 12, 2021 at the Levine & Dickson Hospice Home in Huntersville, NC.  She was born on April 9, 1924 in Guilford County to the late Marvin Franklin Shepherd and Ersley Capps Shepherd, and was the wife of 48 years to the late Raymond Wilson Loman who died in 1994.

Imogene retired from R.P. Thomas Trucking Co. in Martinsville, VA.  She was a 1941 graduate of Gibsonville High School and was a former member and played the piano at Gibsonville Baptist Church, and formerly worked in the HR Department at Minneola Mills. Imogene lived in Martinsville, VA for 48 years until she moved to Charlotte in 2002 to be closer to her children and grandchildren.  She enjoyed playing Canasta on Friday nights with her family, was a member of Calvary Church in Charlotte and she faithfully read her Bible.

The funeral service will be held at 11:00am Friday, December 17, 2021 at Lowe Funeral Home Chapel by Rev. Jim Cashwell and Rev. Lane Loman with the burial to follow at Alamance Memorial Park.  The family will receive friends from 10:00am to 10:45am Friday prior to the service.

To order memorial trees or send flowers to the family in memory of Imogene Shepherd Loman, please visit our flower store.
Send a Sympathy Card