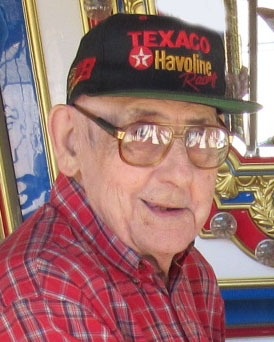 Ivan Ned Foster, age 85, of Kimesville, passed away on Tuesday, September 20, 2022 at his home after several months of failing health.

A native of Alamance County, he was the son of the late John William Foster Sr and Lillian Mozelle Suitts Foster. Ned was married for over 64 years to the late Willia Mae “Janelle” Foster, who passed away in June of 2022.  He retired from Kayser-Roth. Ned enjoyed farming, live-stock and helping out neighbors with anything they needed.  He also enjoyed telling stories about the adventures of his life. He deeply loved his kids, grandkids and great grandkids. He will surely be missed by his family and neighbors.

Mr. Foster is survived by his children: Bill Foster (Terri) and Sally Hayden (Robert) of Liberty; and six grandchildren and numerous great-grandchildren.

Along with his parents, Ned was preceded in death by his daughter, Susan Foster Woodard; sister, Ruby Foster Wall; brothers: Russell and John William Foster, Jr.

A special thanks is given to the hospice nurses who helped out tremendously.

To order memorial trees or send flowers to the family in memory of Ivan Ned Foster, please visit our flower store.