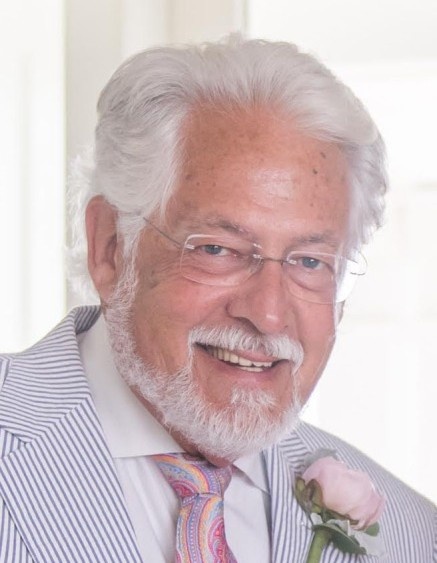 Mr. James Ausburn “Jim” Lowe, II, age 74 of Burlington went home to be with his Lord and Savior on Wednesday, September 1, 2021 at Alamance Regional Medical Center after a sudden illness.

Born in Guilford County, he was the son of the late Wade Ferries Lowe and the late Doris Wilson Lowe and was married for over 31 years to Paula Hale Lowe, who survives.

He graduated from the Cincinnati School of Mortuary Science and served as the last Coroner for Alamance County.  Jim began working at Lowe Funeral Home and Crematory as a teenager before taking over as third generation Owner and President in 1992 after the death of his father and his grandfather, James A. Lowe, founder.  Growing up in the funeral industry, this was all he ever wanted to do, to be a Funeral Director, and that he was. Bigger than life, gentle to all, and a friend to so many, his passion, his spirit, and his love for his family, for Lowe Funeral Home, and every staff member here will forever be felt.  Jim was a longtime member of People’s Memorial Christian Church where he served on the Board of Directors for many years and was a founder of the PMCC Men’s Mission Team, which helped in the construction of homes and churches and assisted with disaster relief in many areas of the country.  He loved racing and was a part owner of a late model race car and was an avid Carolina Panther fan.  One of his great passions in life was hunting and boat fishing with a group of his closest friends and he enjoyed these pursuits till the last days of his life.

Memorials may be made to Samaritan’s Purse at www.samaritanspurse.org/donate.

To order memorial trees or send flowers to the family in memory of James A. "Jim" Lowe II, please visit our flower store.
Send a Sympathy Card