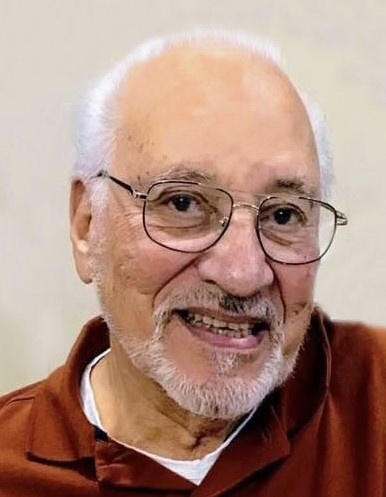 John Pizzuto, 88, passed away on Sunday, December 5, 2021 at Alamance Regional Medical Center.  He was born in King County, New York on July 14, 1933 to the late Giuseppe and Maria Vadala Pizzuto and was married over 61 years to Elizabeth Castagna Pizzuto, who survives.

John was a US Navy Veteran during the Korean war from 1952- 1955.  He then worked as a cutter in the garment industry in NYC for many years before they moved to Long Island and then to North Carolina where he retired from NAPA. He was a faithful member of Blessed Sacrament Catholic Church.  Family was everything to John and he especially loved spending time with his grandchildren and great grandchildren.

The Funeral Mass will be held at 11:00 AM on Wednesday, December 8, 2021 at Blessed Sacrament Catholic Church with the graveside to follow at Alamance Memorial Park.  The family will receive friends from 5-7 PM on Tuesday, December 7, 2021 at Lowe Funeral Home and Crematory.

In lieu of flowers, memorials may be made to the American Disabled Veterans, https://www.dav.org/.     You may send condolences to www.lowefuneralhome.com.

To order memorial trees or send flowers to the family in memory of John Pizzuto, please visit our flower store.
Send a Sympathy Card