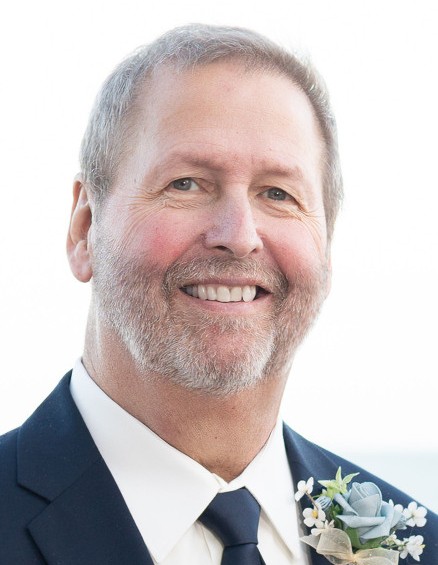 John “Johnny” M. Russell, Jr., 63 of Burlington, passed away June 8th 2021 after a long battle with cancer. John leaves behind his wife, Pam, of 34 years along with family and friends that he treasured. Some of the things John enjoyed most were traveling, classic cars, technology and spending time with family and friends.  John had a strong work ethic, took pride in everything he did and believed in working hard.

For twenty-nine years John worked at ES&E in Greensboro and Raleigh making things happen for family, friends, coworkers and customers.  In 1991 he was the first automation team member to be hired and was instrumental in the growth and evolution of ES&E’s automation capabilities.  However, John’s loudest messages quickly spread throughout the company because of his thoughtful leadership, unbelievable ability to solve a problem, and his passion for doing things the right way.  At ES&E providing incredible customer service was the most important thing to John.  However, providing the best customer service possible to internal and external customers meant many things to him, but it always meant going above and beyond the minimum effort needed.  John went to work early, stayed late, and was always available no matter what day or time it was. He never followed the path of least resistance.  He knew how to find great people, inspire them and support them. John also knew how to harness technology. Not only the technology in the products he sold and supported, but he also became the driving force behind so many projects that have raised the bar in the way ES&E conducts business. John never danced around an issue, he was direct and always honest, but had a knack for finding humor. If John said he would do something big or small, he did it. In honor of John and his contributions to the company ES&E has opened a scholarship fund in his name with Alamance Community College.

John’s wife, family and friends will miss him dearly. The best use of life is to spend it creating something that will outlast it and John did just that. He left a legacy that will continue to live on in the hearts of the people he touched. The principals and achievements he left behind will continue to influence generations to come.

To order memorial trees or send flowers to the family in memory of John Russell, Jr., please visit our flower store.
Send a Sympathy Card