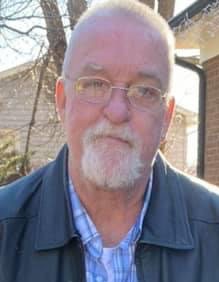 John Kenneth Byrd, 60, of Burlington passed away peacefully at his residence on April 21, 2021. John was a native of Orange county. He was born to the late Raymond C. Byrd & Ruth Knowles Byrd. He spent most of his early years building houses as a professional carpenter. He was a fun loving, hard headed, wild and free-spirited man. He never met a stranger a day in his life. In his earlier, healthier years he loved to clean cars, go fishing, hunting and spend time with his girls.

A memorial service will be held to honor John’s life on Sunday, April 25th, 2021 at 2pm. The service will be conducted at Lowe Funeral Home & Crematory, 2205 S. Church St. Burlington, NC 27215, by Pastor Brent Wagner. His daughters will be receiving friends and family other times at the residence of his oldest daughter, Suzanna Murray. Memorials and donations can be made towards his funeral services at Lowe Funeral Home. You may read the full obituary and send condolences to  www.lowefuneralhome.com.

To order memorial trees or send flowers to the family in memory of John Kenneth Byrd, please visit our flower store.
Send a Sympathy Card