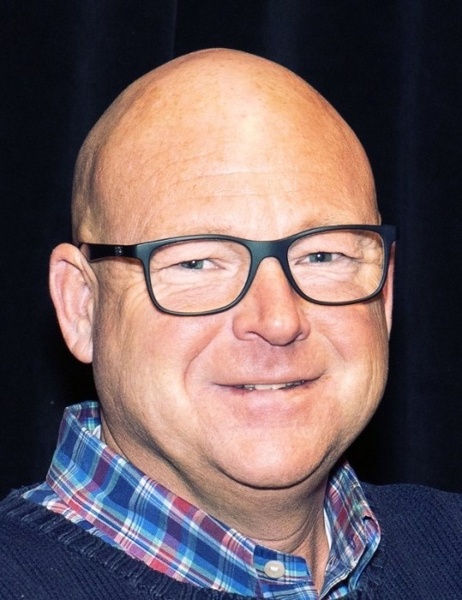 The Church of Jesus Christ of Latter Day Saints in Elon

Lance Michael Kress, 52, passed away suddenly from natural causes on Sunday, January 23, 2022.  He was born to Michael Willis Kress and Julia Foshee Kress on July 7, 1969 in American Falls, Idaho. He was currently residing in Burlington, NC with his wife of 31 years, Tamra (Tami) Kress and Isabelle (Izzy) Kress.

Lance rocked as a high school principal at American Falls and Blackfoot High School in Idaho and was loved by the students.

Lance loved Studio 1 and was so proud of his wife’s vision and what she is creating there, even though he was grumpy most of the time when he was there.  “LIAR” became a constant phrase used around the studio (if you know, you know). Lance and Tami were an incredible team that could move mountains together.

While working for Industrial Air, Lance became someone to depend upon. His time there was filled with coworkers who made him feel like family, filled his day with laughter, and moments that challenged him.

Lance is survived by his siblings, Brian and Randa Kress, Shauna Howell, Jamie and Nathan Messick, and Heather and Adam Kelly. Lance is also survived by his wife, Tami; eldest daughter and her husband, Kaylee and Cody Fincher; youngest daughter, Izzy, and two grandchildren, McKenzley and Colton Fincher. Lance was preceded in death by his parents and his father-in-law and mother-in-law, Delbert and Lila Clayson.

The funeral service is Saturday, January 29th at 11:00am. It will be held at the LDS Church at 712 S. Williamson Ave, Elon, NC 27244. Interment will follow at Gibsonville City Cemetery at 1200 Springwood Ave, Gibsonville, NC 27249. The services will be streamed via zoom.  Please email shrekkress@gmail.com by 10:00 am on Saturday for the link.

In lieu of flowers the family is receiving donations to the Isabelle L Kress Education Fund in c/o FWM PO Box 759, Burlington, NC 27216.

To order memorial trees or send flowers to the family in memory of Lance Kress, please visit our flower store.

The Church of Jesus Christ of Latter Day Saints in Elon