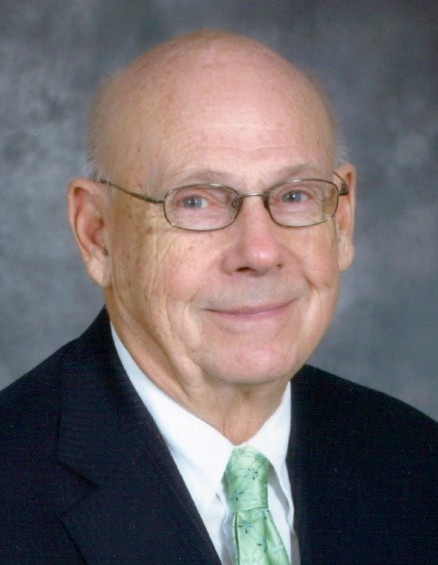 Holt was born on January 7, 1940 in Alamance County to the late Thomas Woodrow Faucette and the late Frances Patterson Faucette and was married for 53 years to the late Catherine Anne Barnard Faucette, who passed in 2020.  Holt was a 1958 graduate of Altamahaw-Ossipee School where he was a standout three-sport athlete excelling in baseball, basketball, and football.  After high school, he was awarded a baseball scholarship to Western Carolina University.  To follow, he joined the United States Army and was honorably discharged after expiration of service.  After service, he was employed at Carolina Biological Supply Company for fifty-one years, where he garnered All-District and All-State awards as a member of CBS’s softball team.   He was a member of Union Ridge Church where he served as a Deacon, was a member of the Graham Chandler Sunday School Class, and with tremendous pride was recognized as the 2013 Father of the Year. He was an avid hunter, and this was reflected in the enjoyment he found being outdoors.  He was very passionate about sports as both a fierce competitor (on the softball field) and as an avid fan of all sports.  With a special adoration of Duke University Basketball – New York Yankees Baseball – and Dallas Cowboys Football.  As well as an enthusiasm for NASCAR Series racing, as annual trips were made with friends to tracks in the southeast.  His love of sports transcended into coaching both of his children and local youth by sharing his gifts and knowledge in the sports of basketball and baseball.  After retirement, he and Cathy traveled extensively with friends.  They also enjoyed spending evenings with their neighborhood card and dinner group.  Holt’s absolute pride and joy were his three grandchildren; he could be seen in proud support at absolutely every ballgame, dance recital, and school event.  He was a devoted husband to Cathy and in her later years was a faithful and steadfast caregiver until her passing last February.  As much as he gave, he was incredibly thankful and indebted in return to all that cared for both he and Cathy during their times of need.  Not one act of kindness displayed to him went unnoticed and was received with such appreciation and a heartfelt “thank you”.  Holt was truly a “one of a kind” who will be so dearly missed by all who knew and loved him.

The funeral service will be held 2:00 PM Wednesday, February 17, 2021 at Union Ridge Church by Pastor Dan Ficklin.  Seating for the funeral will be available inside the church sanctuary until a safe capacity is reached.  Any overflow will be accommodated by the service being broadcast over the church’s radio frequency (heard from the safety/comfort of your car in the parking lot).  Interment will follow in the church cemetery.

Memorials may be made to Union Ridge Church, 115 Altamahaw-Union Ridge Rd., Burlington, NC 27217.

To order memorial trees or send flowers to the family in memory of Manuel Holt Faucette, please visit our flower store.