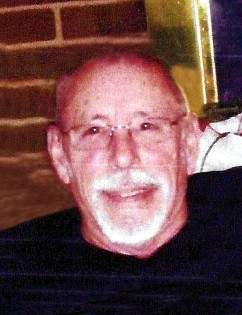 Gibsonville- Michael Kerwin Meacham, age 74, went to be with the Lord on Wednesday, February 17, 2021.

He is survived by his wife, Deborah, his brother, Butch and his wife Lynda and his nieces, Connie, Suzanne and his nephews Clint and Matthew

Michael retired from Burlington Honda as the parts manager. He was currently employed part-time with FMP automotive.

He was a member of Friedens Lutheran Church where he served as an usher, number committiees and you could count on him wherever he was needed.  Michael was a veteran of the US Army. He served his country in Vietnam as a gunner on a helicopter.

Michael never met a stranger, he new everyone and just about everyone new him.  His second love was his animals domesticated and wild.  Every night he filled his bird feeders and his deer wih his sidekick Henry.  Henry was his four-legged buddy, a Jack Russell Terrier.  Henry' energy was a perfect match to Michael's laid-back lifestyle.

The light of his life was his goddaughter Dr. Carley Allen.  Most of Michael's adult memories were spent with Carley and her parents LeRoy and Julia Allen.

Survivors include his wife Deborah and Henry of the home; Clinton "Butch" Meacham and Lynda and their family Clint, Suzanne and Connie; his brother-in-law Jimmy Hines and his wife Shelly and Michael's other nephew Matthew Hines and his family Anna and Jonathan.

He was preceded in death by his parents Hank and Evelyn Meachan and his older brother Don.

A private service to celebrate his life will be held for the family due to the Covid 19 restrictions at this time.

Memorials may be made to any Animal Humane Society of your choice.

To order memorial trees or send flowers to the family in memory of Michael Meacham, please visit our flower store.