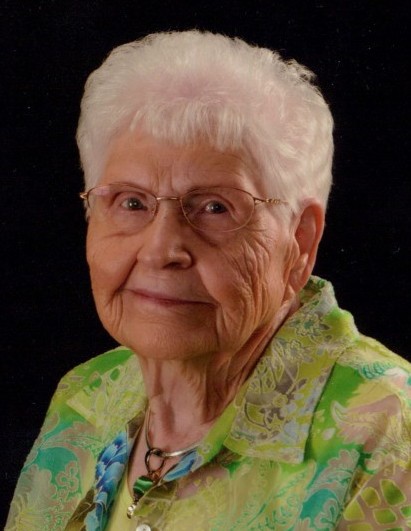 Mildred left her home here to join her Heavenly Father, family members and friends on May 27, 2021. She was born February 24 th,1930 to the late Nelson and Maggie Wright of Mebane and was married to the late Clarence Dail.

She was a member of Calvary Baptist Church and loved working in the church and going on mission trips with the other church members. Mildred worked until she was 77 years old retiring from the Alamance County School System as a cook and several years on the bus with special needs children.

She was preceded in death by her husband, Clarence, her parents, her daughter Kaye Johnson McKeel, her sons, Tommy Johnson and Greg Dail, two great grandchildren, Trevor Johnson and Murphy McKeel, four brothers Fletcher, Alonza, Ervin and Nelson Wright Jr and her four sisters, Iona Daniel, Cora Lee Dawkins, Marian Spainhour and Melba Massey and each of their spouses.

The family will be accepting visitors at Lowe Funeral Home on Tuesday, June 1, 5-7 PM. The funeral will be held on Wednesday, June 2, 11 AM at Calvary Baptist Church (230 Williamson Ave, Burlington, NC 27215) by Rev. Boyd Pickard and Rev. Ernest Beck burial will be held immediately afterwards at Alamance Memorial Park.

Donations may be made in lieu of flowers to Calvary Baptist Church. The family will be accepting visitors at the Dail home.

To order memorial trees or send flowers to the family in memory of Mildred Dail, please visit our flower store.
Send a Sympathy Card