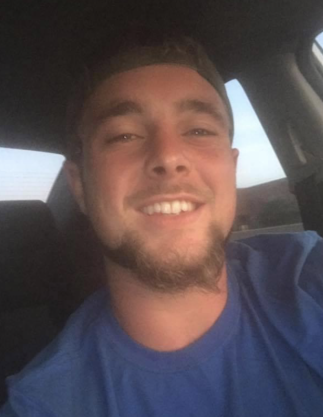 Nicholas “Nick” Len Pike, 23, passed away on December 16, 2020 at Moses Cone Hospital surrounded by his family.  He was born on September 17, 1997 in Guilford County to Kerry Len Pike II and Shelby Leigh Simmons Pike.

Nick graduated from Eastern Guilford High School in 2015.  He enjoyed riding 4-wheelers, being outdoors, and was known as a big brother to several family members.  Nick was a loving and given person who had a huge heart.  He loved spending time with his family, friends and his dogs.

The funeral service will be held at 11:00am on Monday December 21, 2020 at Lowe Funeral Home Chapel by Rev. Marchael Bullard with the burial to follow in Alamance Memorial Park.  The service will be live streamed.  The family will be receiving friends from 3pm to 5pm Sunday afternoon at Integrity Church in Burlington.

Memorials may be made to St. Jude Children’s Hospital, www.stjude.org.

To order memorial trees or send flowers to the family in memory of Nicholas "Nick" Pike, please visit our flower store.