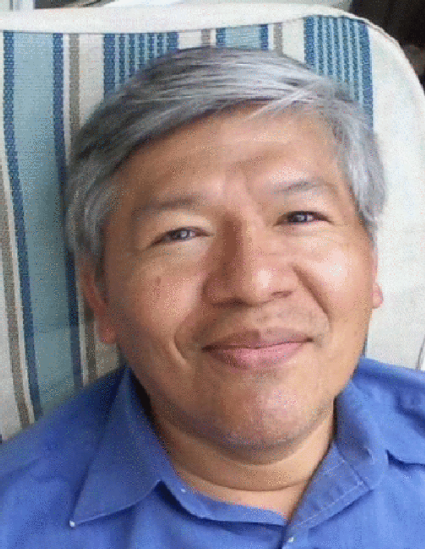 Osvaldo was born May 1960, in Bolivia, South America, to wonderful parents Cristian and Delicia Díez. In his youth, he was curious about religion and after attending a few different denominations, joined the LDS Church. He served a 2-year mission for the church while in Bolivia and was able to travel to many different cities in South America. His thirst for knowledge led him to come to the US as a student, where he attended Brigham Young University in Utah. His love for his adopted country would later inspire him to become a naturalized citizen and during his many years living in the US he never missed voting in an election.

During his lifetime, Osvaldo held many different occupations, including busboy, metalwork assembler, night-school teacher, writer, and translator. He also served as an LDS Spanish-Speaking Branch President in Kirkland, WA, where he remained for five years. His desire to learn and determination to succeed in life would see him earn multiple certifications and diplomas during this time (he worked and went to university full-time), which would eventually culminate in his becoming a Technical Support Professional at IBM/Watson Health, where he was employed for the past 16 years. Osvaldo made many friends at the company, and became known for his strong work ethic, sense of humor, and loyalty.

One of Osvaldo’s greatest joys in life was in teaching and inspiring others. He always felt as though he were meant to help others, and his dream was to one day run a charitable foundation for families in need. If an opportunity ever arose where he could help someone, he would rise to the occasion without question. Physically strong, Osvaldo enjoyed playing basketball, soccer, football and running with his children. He also loved playing soccer and frisbee with his grandchildren. Osvaldo also possessed a powerful presence, and many who met him never forgot him; there were many times where he was described as “regal” and “kingly” and “noble”.

Over the course of his life, Osvaldo had many interesting life experiences, and as an avid storyteller, shared many with his family. One of his favorite stories to tell was how he first learned to drive in the streets of Seattle in a Mercedes (he never had a ticket in his lifetime). His second and perhaps fondest memory was the 1982 World Cup, when Italy beat Brazil 3-2. He never failed to laugh when recalling the great upset for the self-proclaimed masters of fútbol (he was a very proud Bolivian).

Osvaldo is survived by his sisters Dorys and Maidy, and joined his four brothers when he passed: Udal Rico, Israel, Jose Daniel and Lucio. He is also survived by his wife of 35+ years—his soulmate, Jenny. Their eldest son, Cristian, preceded his father in death at the tender age of 20, in 2008. Osvaldo has six living children: Lucas, Sophia, Raquel, Isaac, Lillia and Victor, all who sorely miss their father. He has two grandchildren, whom he loved with all his heart.

To order memorial trees or send flowers to the family in memory of Osvaldo Diez-Faldin, please visit our flower store.
Send a Sympathy Card