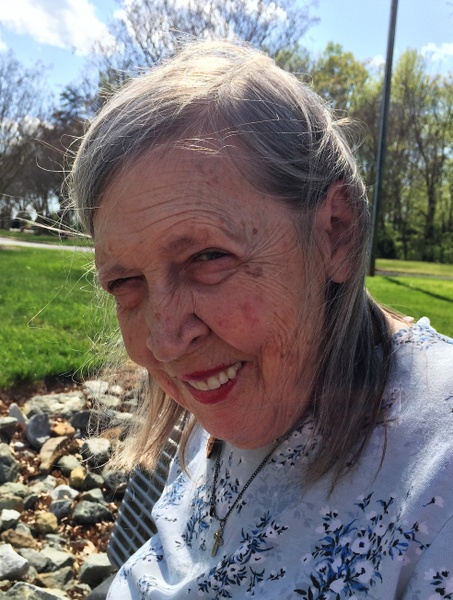 A brave child of the light, yet the most gentle soul, Patricia Anne Cunningham began her walk with Jesus, hand in hand, on April 21, 2022.  She was seventy-eight.

The eldest of six children, second mother to three of her five brothers, Jim, Gene, Terry, Denis, and Larry, Patricia was a graduate of Marymount College in New York.  She majored in History, and minored in Education.  Her first teaching job was at P.S. 20, an elementary school in the South Bronx.  The school was located in close proximity to the 41st Police Precinct, aptly known as "Fort Apache".

"I made sure my kids read at grade level, without cheating!" she would proudly tell her family years later.  This was no small feat because most of her young students were not familiar with English, and teachers at that school were encouraged to go over the test with them several days before its official administration.

"That might make the school look good, but it hurts the kids!" Pat would explain.

Pat's avocation was singing, and she possessed a spectacular voice as a young woman.  Expressing herself in song gave her and her audience great joy.  She was a passionate soprano, equally adept at singing 'Si, mi chiamano Mimi' from La Boheme, or “Ribbons Down My Back” from Hello Dolly.  Worshiping God from the choir loft at Mary's Nativity Church in Flushing, New York, during the '60s and '70s, was perhaps the most rewarding time of all.

"Singing is like praying twice," she used to say.

Pat ran a long and difficult race, and has fought a tough fight.  Now, she is enjoying her walk with the Lord in Paradise, free at last from confusion and pain.  Let her being in His presence, now and forever, be our consolation and loving embrace.

A Mass of Christian Burial will be said Saturday, April 23, 2022 at 9 AM at Blessed Sacrament Catholic Church.  The family will receive friends from 8:30 AM – 9:00 AM prior.  Interment will follow the Mass at Gibsonville City Cemetery.

To order memorial trees or send flowers to the family in memory of Patricia Anne Cunningham, please visit our flower store.