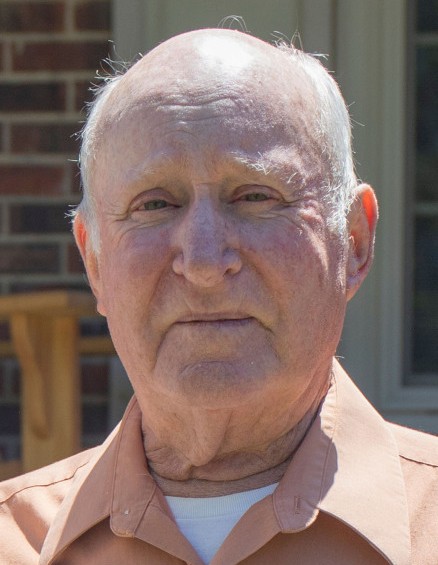 Reverend James Edward Laws left for his heavenly reward September 16, 2020 just one week away from his 84th birthday. He was born in 1936 to the late John Henry Laws and Flossie Bell Laws in Caswell county.

He is survived by his bride of 62 years, Joan DeBoe Laws, daughters Cyndi Cox and her husband David, Kimberly Bray and son, Daryl Laws and his wife Heather. His grandchildren, Grayson Cox, Michaela Cox, Lydia Laws, Rachael Bray and Olivia Bray were all cherished and he took great joy in watching them grow up. He also has one great-grandchild, Noah born earlier this year.
James served in the Army and National Guard for seven years and left service as a staff sergeant in a tank battalion. More importantly, he was a Christian soldier serving as a pastor for sixty years. He moved to the Burlington community in 1977 as pastor of what was then the Altamahaw Pentecostal Holiness Church where he and Joan built a home. He served as pastor in twelve churches, building congregations, new churches and making them financially sound. He was still active and regularly ministered all the way to his passing. While serving as a minister in those churches, he was also extremely active in the world missions field fulfilling the calling to “go out and preach the good news to all the world”. He made 26 mission trips to over 17 countries preaching God’s Word and building even more churches. He financed those trips by selling tens of thousands of quarts of Brunswick stew for thirty years providing a delicious warm meal during the cold winter months. The lives he affected can’t be numbered and he left us way too soon.
A funeral service will be held at Saturday, September 26, 2020 at 2:00pm at Lowe Funeral Home Chapel. Military honors will be rendered by the US Army at the conclusion of the service. The service will be live streamed and available for viewing at 2pm on Saturday. A private burial will be held at Alamance Memorial Park. James will be available for public viewing from 1-5pm on Friday the 25th and from 8:30am until 1:45pm prior to the service on Saturday the 26th.

To order memorial trees or send flowers to the family in memory of Rev. James Laws, please visit our flower store.
Send a Sympathy Card