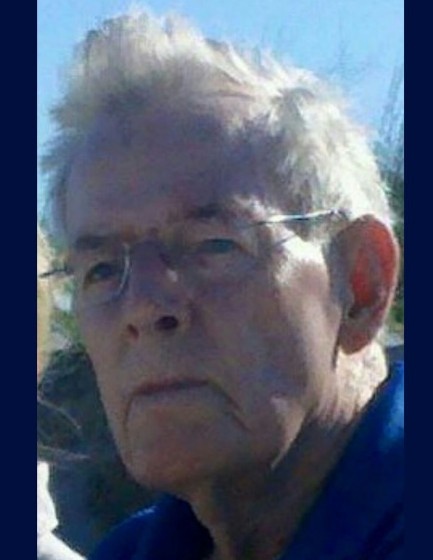 Burlington - Richard (Rich, Dick) P. Hickey, Sr. passed away on Friday, October 1, 2021 at 2:58am after a difficult ten days in the UNC Hillsborough Campus hospital, Hillsborough NC. His son was by his side.

Richard was born in St. Mary's, GA on September 28, 1926 to David J. Hickey and Bridget Reddy Hickey. He had four siblings, Vivian, Violet, Stanley and David, all of whom passed away before their brother, Richard.  In 1930 the family moved across the river to Amelia Island and Fernandina Beach, FL.  He grew up 'on the hill' or Escambia Street near downtown Fernandina. He attended the Catholic St. Joseph's Academy and was a proud member of St. Michael's Catholic Church where he was an altar boy for 10+ years. He walked to school and Mass regularly. He and his brother Stanley were charged with ringing the church bells by hand.

After high school, he volunteered to join the US Air Force, but ended up in the Army due to low Army recruitment numbers at the time. He trained at bases in Georgia, Alabama, and California. After 18 weeks of basic training, he left San Francisco, under the Golden Gate, for the Pacific theater of the war, specifically the Philippines in 1944. Stationed on several South Pacific islands, he prepared for an invasion of the Japanese mainland. The atomic bombs in Hiroshima and Nagasaki interceded, stopping the invasion by ending the war. Richard then spent two years in Hokkaido, Japan as part of a steadying and occupying US force post war.

Richard then crossed the ocean again, returning under the Golden Gate bridge and a long train ride back home to Florida. He married Bobbie Nell Barbee in January 1948. Deciding to get away from the local industry, he left Florida for an education, earning a Bachelor’s degree in Mechanical Engineering from NC State University in 1957. He accepted an offer from Western Electric Corporation immediately following graduation and proceeded to work with Western and the Navy for 40+ years on US Defense systems contracts. The Titan Missile System and nuclear submarine sonar systems were a couple of the projects in which he was intimately involved.

Moving to Burlington in 1965 with his son and wife, he also pursued a passion for tennis. He took up the sport and became an accomplished player in his own right...favoring his lefty 'drop shot.' He was one of a few that were heavily involved and founding members of Olde Forest Racquet Club in Elon, NC.  Retiring in 1991, tennis became an almost daily activity until he was in his mid 80's. He loved the sport and was known as someone who would always play if asked. Richard's skills and knowledge of woodworking, building, and working outside were shared regularly with his son Patrick Jr. He could make, build, or repair anything. They spent much time together renovating an older home in Whitsett, NC. They traveled too; in the states, and also to Europe. London, Austria, Germany, Italy, and Ireland were favorites. He loved the outdoors, birds, nature, antiques and building salvage warehouses. He enjoyed landscaping and took pride in a beautiful lawn as well.

Widowed in 1979, he and his son Patrick tackled life with a 'together against the world positive attitude.' Then in December of 2003, he added smiles by marrying his love, Helen Kimbrough, bringing more love and happiness to him for 17 years.

Richard was passionate regarding personal responsibility, hard work, freedom, and the United States Republic. He helped everyone that wanted to help themselves. A strong conservative, he supported causes that were consistent with the US Constitution and his strong values. A devout Christian, he was an active member of Blessed Sacrament Catholic Church in Burlington NC.

If you knew Richard, you know he was a kind person, with a generous and genuine nature...with dry wit, deep blue eyes and great silky grey hair. He was the ultimate example of a gentleman. His character, traditional sense, and strong loyal ways had an effect on every person that he encountered...even the nurses and doctors in his final days. He favored the term 'true Prince of a Man' in describing a person that earns his respect. He was truly a 'Prince of a man' himself.

He is survived by his wife Helen, of the home; his son R. Patrick Jr., of Whitsett, NC; loyal dog Monday, and cat Lucy. Additionally, he has extensive extended family in north Florida and southeast Georgia.

A memorial mass will be held 2:00pm on Thursday, October 7, 2021 at Blessed Sacrament Church by Rev. Paul Lininger, OFM Conv. with a gathering to take place 30 minutes prior.

To order memorial trees or send flowers to the family in memory of Richard Hickey, Sr., please visit our flower store.
Send a Sympathy Card