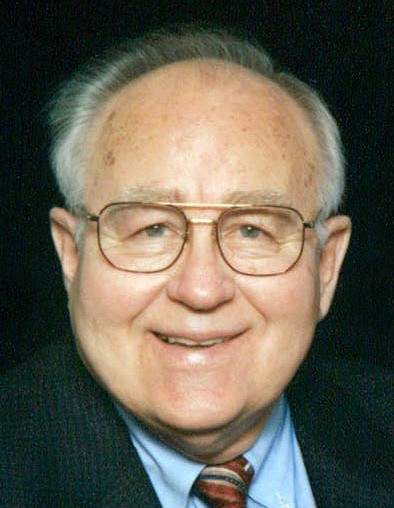 Gibsonville - Robert Hayes McWherter age 96, went home to be with Jesus, his Savior, on Monday, November 23, 2020.  He will always be remembered as a kind and gentle man with a strong faith, a quick wit, wisdom and great compassion for everyone.  He especially had so much love for all of his family.

Bob McWherter served in the US Army in WWII as a medic in Europe for three years.  He later worked his way through college to earn his B.S. degree from Illinois State University and his M.S. degree from the University of Illinois.  In addition, he received additional hours from I.S.U.

For many years, Bob traveled northern Illinois selling textbooks to school principals on behalf of Ginn Company, which later became a Xerox company.  He retired from Xerox in 1983.  In 1986, he and Ferne moved from their home in Pontiac, IL to their retirement home on the Blue Ridge Parkway near Laurel Springs.  He loved the mountains and considered driving the small country roads around the Blue Ridge Parkway an adventure!

While in the mountains, Bob became very active in the Methodist church in Jefferson.  He loved working on many of the activities and with the Methodist Men functions.  His current church family is the First United Methodist Church-Elon.  He has been a member since September, 2014, and developed close friendships with many in the church family.

Bob’s grandchildren loved him dearly and have always given him the respect and admiration he has always deserved.  He loved any time spent with them, and they will miss his presence at family gatherings in the future.

A service to celebrate his life will be held on Saturday, November 28, at 1:00 p.m. at Lowe Funeral Home Chapel with Pastor Kellie Gallagher officiating. Live streaming of the service will be available at  www.lowefuneralhome.com.  The inurnment will be held at Park Hill Mausoleum, Bloomington, IL.

In lieu of flowers, memorials may be made to the First United Methodist Church of Elon, 1630 Westbrook Avenue, Elon, NC 27244.

You may sign the online register book at www.lowefuneralhome.com

To order memorial trees or send flowers to the family in memory of Robert McWherter, please visit our flower store.