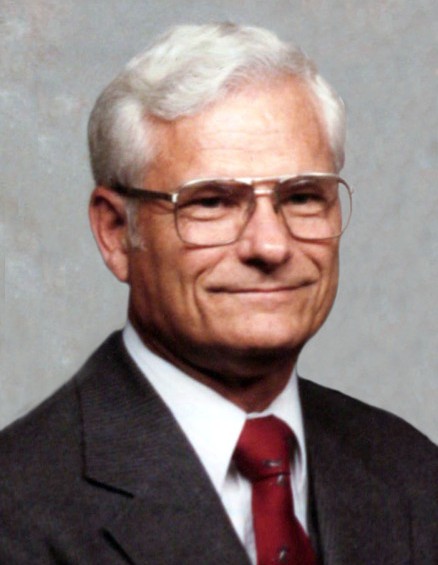 Bob grew up in Burlington, NC.  After high school he enlisted in the US Navy during WWII, following his military service, he attended NC State University graduating with a degree in Engineering.  In 1957, he moved his family to Charlottesville, Virginia where he worked until he retired from Sperry Corporation.

Bob was a loving and devoted husband, father, grandfather and great grandfather.  But anyone who knew him well, knew that his passion was playing golf.  When he retired and moved to Raleigh, NC he scored the ultimate hole-in-one-a house on a golf course!  Over the past few years as his health declined and playing golf was beyond his ability, he could still watch others out the window of his family room while watching the latest golf tournament on TV.

He is survived by his children, Dan, Mark, Karen, Rob and David; grandchildren, Paul, Jessica, Jake, Steve, Kaitlin, Briana and Danica; great grandchild, Ivy; a sister, Jean Harrison and a brother, Cecil.  He was preceded in death by his parents; wife; brothers, Andrew “Junior” and Graham; and sisters, Dorothy Parsons and Mary Mercer.

A graveside service to celebrate his life will be held on Saturday, July 17, 2021 at 2:00PM at Alamance Memorial Park.  The family will receive relatives and friends from 12:30PM - 1:30PM Saturday at Lowe Funeral Home & Crematory prior to the service.

Memorials may be made to the donor’s favorite charity.

To order memorial trees or send flowers to the family in memory of Robert "Bob" Suggs, please visit our flower store.
Send a Sympathy Card