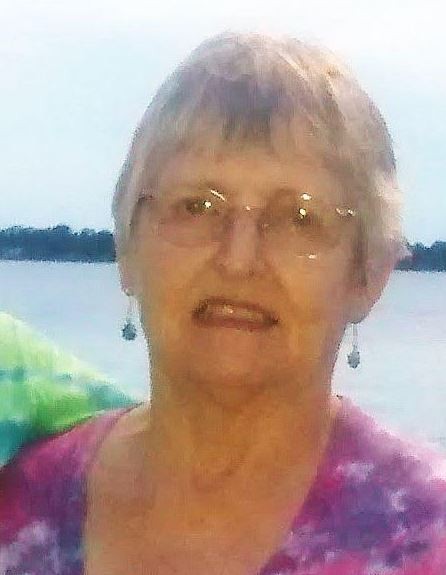 Sylvia Riley King, 83, passed away on Saturday, January 15, 2022 at Duke University Medical Center. She was the daughter of the late Raymond Roosevelt and Lillie Austin Riley.  Sylvia was lovingly called Chibby by her siblings and Meemaw by her grandchildren.

Sylvia married the love of her life, Merlin “Merle” Thomas King, on May 22, 1955. Their marriage lasted thirty-two years as Merle passed away in July 1987.  Many years later, Sylvia met the second love of her life, Eliud “El” David Hebblethwaite, at a Singles Square Dance Club, and they married several years later. El passed away on October 27, 2014.

Sylvia retired from General Electric in Mebane and was a member of Northside Presbyterian Church in Burlington. She learned to Tap dance as a child and enjoyed square dancing, ballroom dancing and line dancing for most of her life. Square dancing was her favorite thing to do as she danced at least two nights a week in the 1970’s and 1980’s with her husband, Merle. She also enjoyed square dancing and ballroom dancing with her husband, El. Sylvia was an avid Tarheel fan watching basketball and football games with her family.  Sylvia and Merle took their girls on vacation every summer at White Lake even though Sylvia did not know how to swim.  She finally learned in her late 30’s and swam two miles several times a week at the Burlington YMCA for many years. She enjoyed traveling including taking bus tours with one of her best friends, Ann Underwood (deceased) and flying to California with her other best friend and longtime coworker, Ann Pattishall. She loved her very spoiled canine companion “Nellie”, and Nellie really loved her. Sylvia would take Nellie to McDonalds for a burger and ice cream often as a special treat. Sylvia was a loving wife, mother, grandmother and sister and will be missed by all who knew her.

A gathering for family and friends will be held on Thursday evening from 6-8PM at Lowe Funeral Home & Crematory.

In lieu of flowers, be kind and make someone smile every day.

To order memorial trees or send flowers to the family in memory of Sylvia King, please visit our flower store.
Send a Sympathy Card