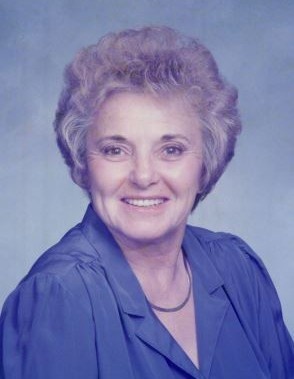 Thelma Arbutus “Bookie” Johnson Gates, 90, passed away on Friday, February 4, 2022 at Brookdale Assisted Living. She was a native of Guilford County and daughter of the late James Monroe and Maggie Anne Bell Dalrymple Johnson, and was married to the late Charles Alfred Gates.

Thelma retired from Liberty Hosiery after many years and later worked with Sonoco in Elon.  She was a lifetime member of Gibsonville United Methodist Church and the United Methodist Women. Thelma loved shagging, spending time at the beach and walking. She was a sitter for several shut-ins and a loving and devoted wife, mother and grandmother.

She is survived by her daughter, Mitzi Ingle and husband, Ronald of Elon; grandchildren, Morgan Ingle and Madison Ingle, Brother, Kenneth Johnson of Gibsonville.

She was preceded in death by her husband, parents, son, Charles A. “Chuck” Gates, Jr. and her sister, Ruth McPherson Edwards and her brother, Ferrell McPherson.

The graveside service will be held at 2:00pm Wednesday, February 9, 2022 at Alamance Memorial Park by Rev. Jeff Johnson.  The family will receive friends from 12:45-1:45pm Wednesday prior to the graveside at Lowe Funeral Home & Crematory.

Memorials may be made to the Authoracare Hospice, 914 Chapel Hill Road Burlington, NC 27215.

To order memorial trees or send flowers to the family in memory of Thelma Arbutus "Bookie" Gates, please visit our flower store.