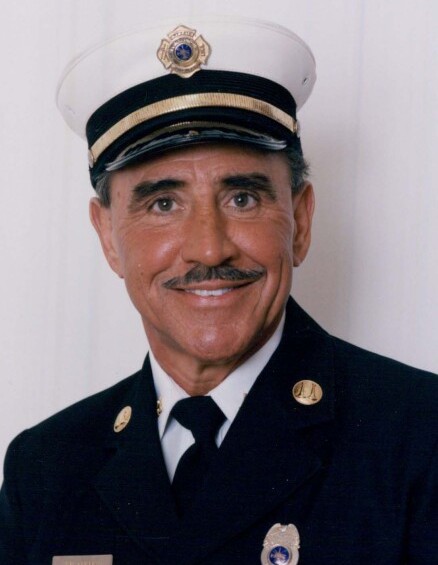 Thomas “Tommy” Ronald Fuller, passed away Thursday, July 16, 2020 at his home with his daughter and son by his side.

A native of Alamance County, he was the son of the late Amos O. and Hazel Hall Fuller and husband of the late Judy Hawkins Fuller.

Tommy attended Williams High School and joined the US Air Force in 1956 where he served in the Strategic Air Command (SAC) as a Military Policeman in the U.S. and North

Africa. He received his Honorable Discharge in 1960. Three days after his discharge from the USAF he was very appreciative to be given the opportunity to serve the City of Burlington. He was proud to be employed and associated with the members of the Burlington Fire Department for 33 years. He was married to Judy Hawkins Fuller on November of 1960 and they were married 47 years until her death in February of 2007.

Tommy and Judy were of the Christian faith and members of Burlington Assembly of God where he went on many mission trips out west. He and Judy were active in real estate and rental business in Burlington, Greensboro, North Myrtle Beach, SC and Palm Coast, FL.

A private family funeral service will be held Saturday in the Lowe Funeral Home Chapel conducted by Rev. Howard Thompson. Following the service, the family will receive friends at Tommy’s home for a Celebration of Life from 6pm-8pm Saturday.

A special “Thank you with love” to the three angelic caregivers who helped provide comfort and peace while he lived out the remainder of his days. (Angela Douglas, Darlene Culberson, and K.C. Melvin)

The family request no flowers but memorials be made to AuthoraCare Collective (Hospice); 914 Chapel Hill Rd., Burlington, NC 27215.

To order memorial trees or send flowers to the family in memory of Thomas "Tommy" Fuller, please visit our flower store.
Send a Sympathy Card