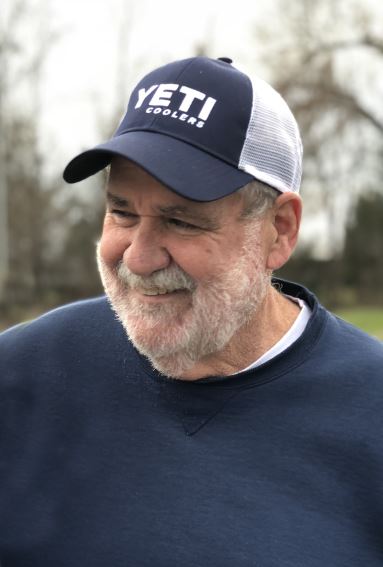 Greensboro- Tim “Timmy” Staunton, 68, passed away peacefully on Wednesday, December 8, 2021 at Wesley Long Hospital surrounded by his family. A native of Alamance County, he was born December 5, 1953 to the late Wade Hampton Staunton, Jr. and Doris York Longest who survives.  Tim was married for over 21 years, to his first love, Laura Andrews Staunton.

Tim worked as a subcontractor for Georgia Power in Atlanta and then later retired from Pike as a field Engineer.  He was a piddler, he loved to work outside in the yard, washing cars, he even once built a zipline for his niece’s baby dolls to play on. He was an avid sports fan. He loved the Atlanta Braves, but his favorite teams were the ones his nieces were on. He was generous and kind to everyone and always gave more than he took.  His friends and family knew that they could call on him for anything, even when the task wasn’t one of his specialties, he would find a way to help.  He always wanted to be someone that everyone wanted to trade favors with, and that he was.

Survivors include his wife; Laura, mother; Doris Longest, brother; Wade H. Staunton (Gwen) and their children; Hampton (Hayley) Erin (Cameron), Gracen and Peyton.  A sister-in-law; Anne Peacock, niece; Ashleigh Brown (Callum) and their children, who were like grandchildren to Tim, Gracie and Emma.  He also has numerous other beloved aunts, uncles and cousins.  He was preceded in death by his father; Wade Staunton, Jr. and step father; Bobby Longest.

A service to celebrate Tim’s life will be held at 12:00 noon on Sunday, December 12, 2021 in the Lowe Funeral Home Chapel with the burial to follow at Pine Hill Cemetery.  The family will receive friends from 11:00 – 11:45 AM prior to the service at the funeral home.

To order memorial trees or send flowers to the family in memory of Timothy "Tim" Staunton, please visit our flower store.
Send a Sympathy Card