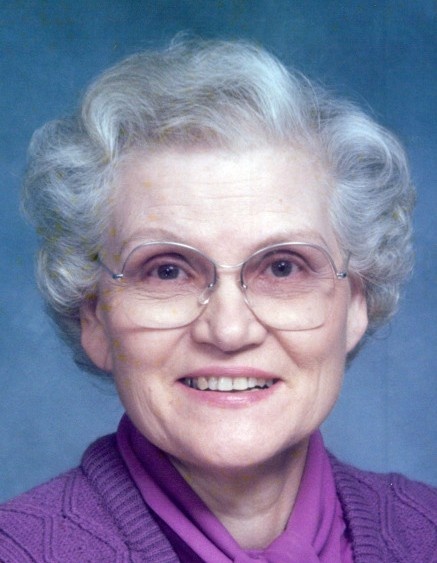 Born in Tellico Plains, TN, she was the daughter of the late William Dock Bryson and the late Ida Lucida Bryson and was married to the late Ralph Aldophus Wilson, who passed in 2012.  She was a veteran of the U.S. Marines and served during WWII.  Virginia was a longtime member of First Baptist Church of Burlington, where she was involved in many activities and was a member of the Lady Civitans.

Mrs. Wilson is survived by her son, Wendell R. Wilson, four grandchildren and three great grandchildren.  She was preceded in death by her husband; parents; her son, Adrian Wilson; and three sisters.

A graveside service will be held at 11:00 AM Tuesday, September 1, 2020 at Alamance Memorial Park by Dr. Terry Peele.  Mrs. Wilson will be available for viewing from 1 – 5 PM Monday afternoon at Lowe Funeral Home and Crematory.

To order memorial trees or send flowers to the family in memory of Virginia Wilson, please visit our flower store.
Send a Sympathy Card