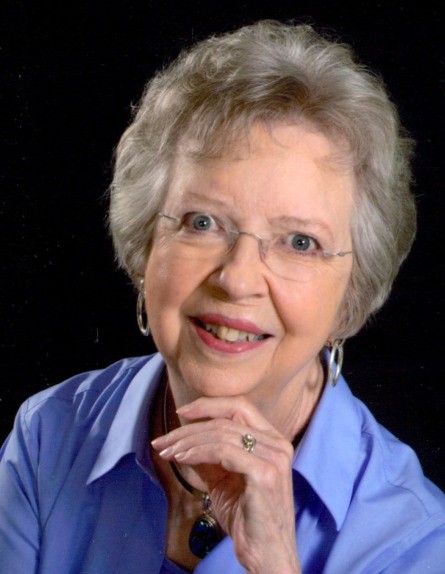 Burlington -Jane Young was born in Concord, NC on March 25, 1937 and died in Greensboro, NC on September 29, 2020.  Her parents were Earl Franklin Johnson and Frances Bulla Johnson, both of Randolph County.  She was a graduate of Randleman High School, UNCG (then Woman's College), receiving a BS in Business Education, with a secondary teaching certification.  She received an additional elementary teaching certification from Sacred Heart College in Belmont, NC.

In 1958, Jane married Garland Young whom she met on a 1956 United Methodist Youth Caravan to Scandinavia.  They moved to Durham where he attended Duke Divinity School and she taught at Southern High.  During their first summer, they lived and worked on the Cherokee reservation, a second experience that nourished a lifelong interest in differing cultures and differing ways of expressing faith.

During forty-one years in ministry, they lived in six NC counties: Macon, Lincoln, Gaston, Cabarrus, Haywood, and Guilford.  Jane worked as teacher or teacher assistant in five of those.  In the churches, she strove to participate as a member serving where needed rather than from expectations of what a minister's wife should be or do. These years left her deeply grateful for knowing, working with, and learning from so many. In 2001, she and Garland retired to Lake Junaluska and, in 2017, they moved to Twin Lakes Community, Elon, NC.

Jane and Garland have two children:  Tina, a therapist within the Duke Health System, and Charles, an engineer working with Guilford Technical Community College.  Garland, Tina, Charles, Charles' wife,  Barbara, and grandchildren Kristin and Carson, have been Jane's special joys in a long life filled to the brim with adventure, challenge, mystery, and seeking answers to “What is life really all about?”

Jane was a wonderful wife, mother, and grandmother whose strength, courage, and devotion to her family were an inspiration.  She was incredibly warm and kind, always putting others before herself. By her family and friends, she was known as a woman of unusual insight and wisdom. Rarely are we blessed to have known such a treasure.

A memorial service will be scheduled for a later date.  Memorial donations may be given to
First United Methodist Church in Elon, 1630 Westbrook Avenue, Elon, NC 27244; or Lake Junaluska Conference Center, P.O. Box 67, Lake Junaluska, NC 28745.